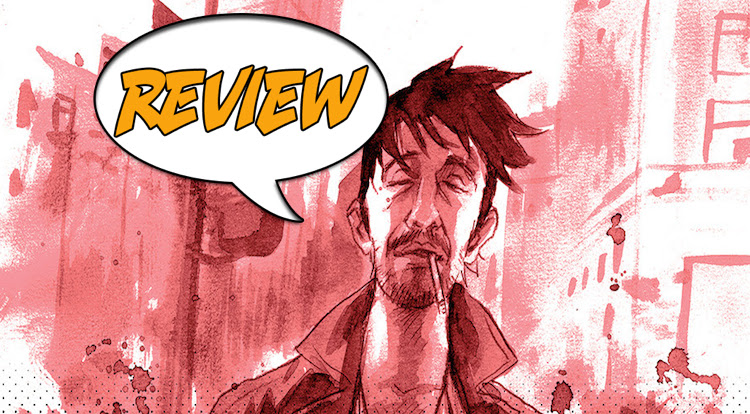 What do you get when you mix the magic from Constantine with the Manhattan Island of the past and present?  Probably something similar to Thomas Alsop, the new supernatural mini-series from Boom! Studios.  Major Spoilers took a seat, turned down the lights and had a gander. Previously in Thomas Alsop: Thomas Alsop is “The Hand of the Island,” the magical caretaker of Manhattan. It’s a position that’s been passed down for generations and requires him to take care of any supernatural hooey that takes place.

WHAT’S UNDER SKILLS/ABILITIES ON HIS RESUME?

Thomas Alsop certainly has an interesting angle to it, if not completely original. There are definite Hellblazer elements here, the chief one being the magic and supernatural. The twist is that Manhattan Island is home to the supernatural and the position of “The Hand of the Island” has been held hundreds of years. It’s a neat concept and the idea that Manhattan has supernatural shenanigans going on isn’t too hard to imagine. The titular character is somewhat of a sleaze bag, that is, what little of him we’re introduced to. Thomas has become famous after a video of him doing his job hit YouTube, landing him on talk shows plus high and drunk on a regular basis. Even though Thomas gets the title, the majority of the book follows his great, great grandfather Richard and his story is more entertaining. We see how some of the curse of being “The Hand” started with Richard but much remains a mystery.

And that is the giant crux of the book. So much is vague that I had no idea exactly what Thomas and Richard’s job was or what they protect the island from. Is it ghosts? Demons? What are Thomas’s powers exactly? Thomas makes such a brief appearance, and is such a jerk, that I found him totally unlikeable. Richard is more prominent and interesting, but the concept is so obscure that I was more confused than engaged. It’s clear the book will be jumping back and forth through time, and the family history will be fun to see play out, but a better balance needs to be struck to get the reader attached to the characters and up to speed.

I found Palle Schmidt’s coloring technique the best part of the art. It’s nicely watercolored (from what I can tell) and is used to a great effect. Each scene has its own color with the past being a haunting grey and black. Schmidt uses the coloring extremely well and it’s a technique I’ve always admired. His figures and faces on the other hand are uneven and at times warped. Thomas’s face looks completely different at points and there is a panel I’m still not sure if it’s him or not. Shots at angles and different perspectives are the most problematic, skewing things in an unattractive way. Along with the story, the confusing art made for a frustrating read.

BOTTOM LINE: ONE MORE, OUT OF PURE CURIOSITY

Thomas Alsop #1 has enough good ideas that it could turn out to be a really good mini-series. The look at a family curse through the past and present and the idea that Manhattan is a place for the supernatural are all nice. Unfortunately, Miskiewicz leaves so much of Thomas’s powers and position vague that it’s unclear just what it is we’re reading. Palle Schmidt’s coloring is great even if the art is a tad uneven. I’ll read the next issue purely out of curiosity to see if things are cleared up more but I can’t recommend it as a purchase.