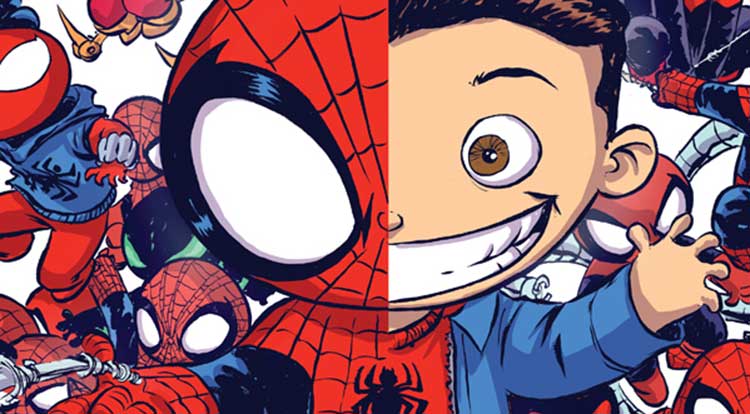 The sinister Morlun has returned with a singular and terrifying goal – exterminate every Spider-Man in every universe. And it will take thousands of spider-powered heroes to battle back the greatest threat to this universe or any other! Spider-Verse is poised to take the Marvel Universe by storm, and no fan should miss out on these two epic variant covers when they hit comic shops in August and November!

That is going to be the hardest part about collecting these two variants. Superior Spider-Man #32 arrives August 06, 2014, and we’ll have to wait until November for Amazing Spider-Man #9 to arrive.