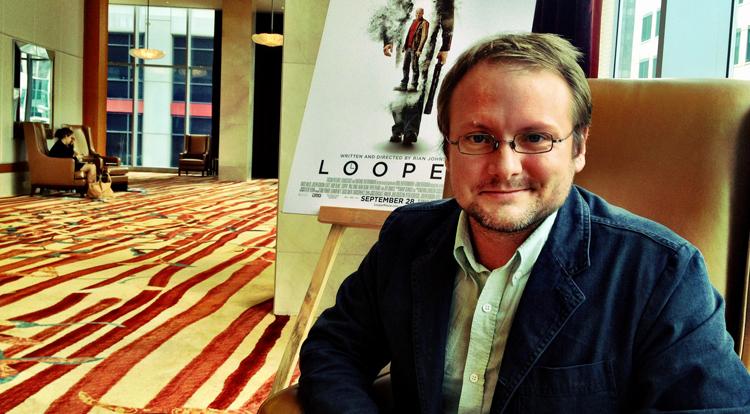 Huge breaking news this afternoon as Deadline is reporting that Rian Johnson, director of Looper, will take over the main Star Wars movies from J.J. Abrams with Episodes VIII.

Mike Fleming Jr. of Deadline has been told that Johnson and Lucas Film are signing a deal for the filmmaker to writer and direct the next two main episodes of Star Wars. However, Variety is saying their sources have only told them that Johnson will only be directing Episode VIII.

Usually Major Spoilers doesn’t report on “rumors” without a highly credible source, so what is the source for this story. How about the director himself? Rian Johnson tweeted out the following YouTube link minutes after Deadline posted the breaking news:

Obviously it isn’t an official report from Disney/Lucas Films but I would say that Johnson is being barred from breaking the news so this is his covert way of letting us all know that the reports are legit.

There is not a single director that I would rather take over the Star Wars franchise than Johnson. He has been the director I have been pointing to take us to a galaxy far, far away since Episode VII was first announced. George Lucas was given a shot at Star Wars with very few films under his belt and he ended up changing filmmaking forever. Do I think Johnson will have the same impact on the medium as Lucas? Possibly not, but I wouldn’t put it too far out of his reach.

One aspect of Looper that I think make Johnson a great candidate for this franchise is how he has able to get a fantastic performance out of Bruce Willis. Johnson wrote a script that was able to excite a well-seasoned Willis, which makes me now slightly hope that Harrison Ford, Carrie Fisher and Mark Hamill will be back for Episode VIII so we can see what he is able to do with those performances.

Other Rian Johnson works include Brick, Brother Bloom and a few of the best episodes of Breaking Bad.

Major Spoilers will update you once the official word from Lucas Film has been released.