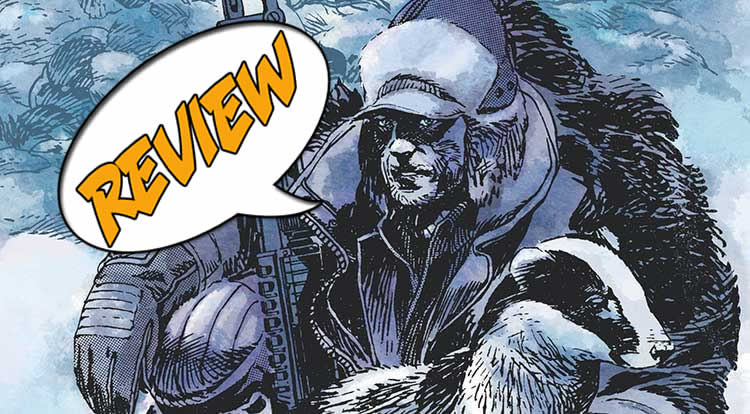 It’s in the mid-80s outside as I’m writing this, and yet I find myself exploring an arctic wasteland I really want to know more about and experience.

I bought the hardcover collection of Winterworld a few years back when the original Eclipse three-issue miniseries was released in hardcover, and I was fascinated by the story and the characters. The good news is that the tale isn’t over, with the first issue of a new story debuting this week!

Previously in WINTERWORLD: “Winter is coming early! All-new stories based on the Chuck Dixon/Jorge Zaffino classic! The apocalyptic international comics sensation of an Earth turned into an icy hell is back with Dixon returning to script and Butch Guice doing some of the best work of his illustrious career as they take on the bleak and frozen future. Follow Scully and Wynn from their icy home of Wintersea into a killing wasteland where the coldest place is the human heart.”

For readers who may be relatively new to comics, the name of Chuck Dixon may be something you aren’t all that familiar with.

But for folks like me, who have enjoyed his writing on many titles over the years, this is a 2014 Christmas present come early! Dixon wrote many a great Bat-title before the New 52 came along, and did a wonderful job with Robin in particular, in my opinion.

Oh, and he had something to do with a bad guy by the name of Bane you may have seen not that long ago in a major motion picture, not to mention the comics!

Dixon’s also known for his G. I. Joe run, which I think inspired the current run of films.

I always want to point out that Dixon has long be a writer who can balance character and action, and he does that particularly well in this first issue. If you haven’t read the original stories, you’ll come to care about the people who are stuck in this desperately frigid world that could be our own in the not-too-distant future.

Both crusty Scully and youthful Wynn shine in this issue, and when things happen to them, we want them to survive and accomplish the mission they’re on. I found myself surprised by several twists and turns, and I was also stunned by some of the perils awaiting them and us this issue.

COLOR ART AND A NEW ARTIST

One of the things that made the hardcover interesting to me was that the art was in black and white. It fit the dire tone of the story.

However, I did welcome that this book is in color, and Diego Rodriguez does a great job of using that to good effect. I was particularly drawn in by his use of blues and purples to let us know just how frigidly cold it is in this world. And the use of the shade of blue on the cover of the original Winterworld graphic novel was excellently done.

I also found Butch Guice’s artwork to be, as advertized, some of the very best I’ve seen from him in a very long time.

Much as Dixon can make character and action work, so does Guice in this new miniseries. There’s effective employment of shadows as well as making objects and creatures we’re not used to seeing in this environment work. We also experience the elation as well as the dejection Scully and Wynn feel through their facial expressions, so I really liked that a lot.

My favorite sequence in the book takes place when they discover a war ship and a vehicle therein able to help them continue their quest. Both the dialogue and the art were moving to me.

BOTTOM LINE: The Return of a Strong Action-Adventure Journey

It’s so good to read more of Mr. Dixon’s writing again! I’ve missed it so much! Be sure to pick up this comic as well as getting ready for Alien Legion, which I understand he’s going to be scripting as well!

It appears that Winterworld is also coming to an Xbox video game console near you sometime soon as well. That’s going to be worth exploring!

This is the perfect way to cool down on a hot summer afternoon! I highly recommend it!