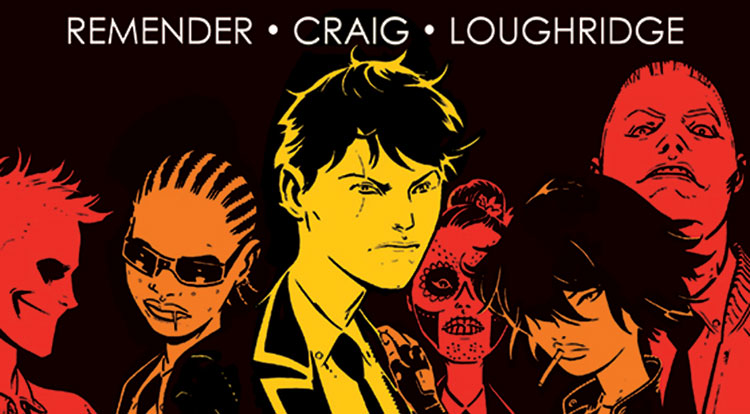 DEADLY CLASS #7 begins in March of 1988, about four months after the events of issue #6, when the terrible ramifications of the crew’s actions come back to haunt them. After narrowly escaping death in Las Vegas, Marcus and his remaining gang return to Kings Dominion High School for the Deadly Arts. But they’re about to learn a hard lesson: blood begets blood, and no bad deed goes unpunished.

“At Kings Dominion the norms of high school life are exponentially magnified,” said Remender. “Sex, drugs, violence, fear, depression, exclusion, and romance become a matter of life and death. The danger is ratcheted up and the body count is going to as well. Wes and Lee have already delivered the performance of their careers and the second arc is somehow better still.” DEADLY CLASS #7 arrives in stores this 9/17 and will be available for $3.50. It can be pre-ordered using Diamond Code JUL140453.
ABOUT IMAGE COMICS
Image Comics is a comic book and graphic novel publisher founded in 1992 by a collective of best-selling artists. Image has since gone on to become one of the largest comics publishers in the United States. Image currently has five partners: Robert Kirkman, Erik Larsen, Todd McFarlane, Marc Silvestri and Jim Valentino. It consists of five major houses: Todd McFarlane Productions, Top Cow Productions, Shadowline, Skybound and Image Central. Image publishes comics and graphic novels in nearly every genre, sub-genre, and style imaginable. It offers science fiction, fantasy, romance, horror, crime fiction, historical fiction, humor and more by the finest artists and writers working in the medium today. For more information, visit www.imagecomics.com.