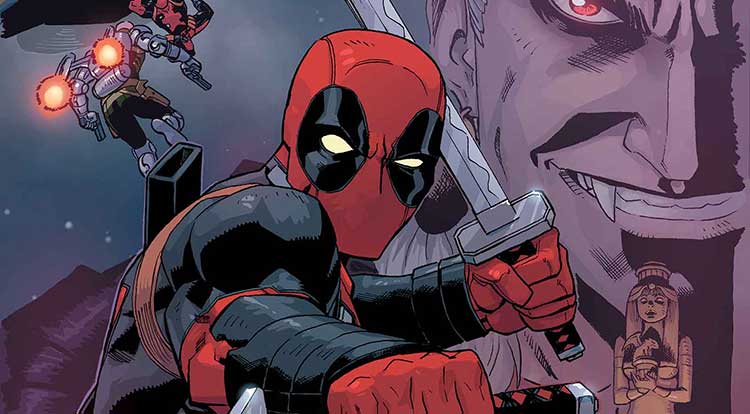 Marvel has announced that the digital first series, Deadpool: Dracula’s Gauntlet will see a print edition in July.

DEADPOOL: DRACULA’S GAUNTLET #1 (of 7) (MAY140889)
Written by GERRY DUGGAN & BRIAN POSEHN
Art & Cover by REILLY BROWN
When Deadpool is hired by Dracula to transport a highly-valuable package across the country, he’ll have no idea what he’s in for. Get ready for a crazy globe-trotting journey starring the Merc With a Mouth as he crosses paths with Blade, M.O.D.O.K., Hydra Bob, Werewolf by Night and more! Not to mention the first appearance of his bride-to-be! Shipping weekly, don’t miss your chance to experience the complete 13-part digital-first series in print for the first time when DEADPOOL: DRACULA’S GAUNTLET #1 hits comic shops this July!