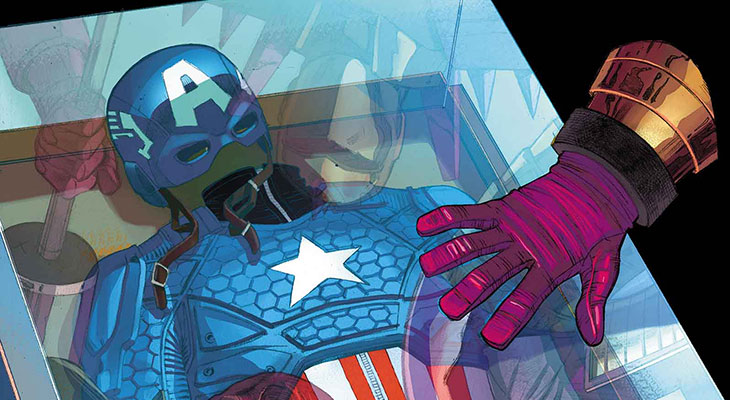 It’s time once again to check in with Captain America! Marvel Comics sent Major Spoilers a sneak peek of Captain America #22, that you can check out, after the jump.

After the Earth-shattering events of last issue, the Super-Soldier Serum within Captain America has been neutralized, reducing him to a feeble old man. After everything he’s already been through, how can Steve Rogers cope with such devastating loss? And can he continue to fulfill his duties as Captain America?

There’s no time for doubt, though, as two of Cap’s greatest foes have emerged from the shadows, their master plan almost complete. The Red Skull and Arnim Zola have reunited to finish the job they started – and not even the Avengers can stop them. The next explosive arc of the series that will have everyone talking begins right here!