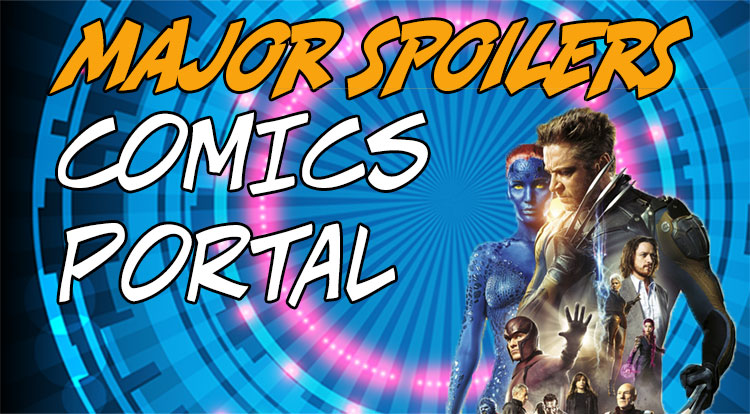 It didn’t get nearly as much fanfare as it deserved, but this past weekend, X-Men: Days of Future Past became the highest-grossing franchise film around the world!

According to many movie sites, that already puts it over the top when it’s compared to other movies in the franchise, making it the biggest money-maker the mutants have ever developed to date!

X-Men: Days of Future Past is a high-octane motion picture full of surprises and sets up future films for fans and other movie-goers alike. I won’t spoil much here, but my favorite sequence in the movie has set the bar pretty high for next year’s Avengers sequel. I won’t say who was featured, but he’s likely to be the only hero to appear in both films. Related to that, the special effects were outstanding, leaving me gasping at times because they pulled me into the story instead of distracting me from it.

It’s also great that the movie was adapted from a beloved comics story. To this day, I still think that movie producers ought to be reading comics to see what tales would translate well to the big screen, and this movie is a good example!

Also, Bryan Singer’s legal troubles don’t seem to have impacted the movie’s popularity at all. I’m very pleased by that because when I go to see a movie, I don’t want to be influenced by current events as much as I want to see a good story! And I do hope things work out the best for Mr. Singer and all involved.

In my opinion, the biggest loser when it comes to this film has been Marvel Studios in that it’s no secret that they want their film franchises back from Sony Pictures so they can produce those movies themselves. With X-Men’s success, that’s been delayed quite a while. On the other hand, I’m sure they still make a nice chunk of change from the rights to these characters.

It grieved me to see how time has begun to catch up with Patrick Stewart and Ian McKellan. I’m getting that same feeling I had when I started to see the original Star Trek cast suffer the ravages of the real world. Still, it was excellent to see them play their roles at least one more time. I wonder if James McAvoy would mind shaving his head in the coming years. Hmmmm.

Speaking of which, Hugh Jackman was much closer to the Wolverine I’m most familiar with. Hey, he even said “Bub!” once that I noticed!

SPEAKING OF THE FUTURE …

There’s a lot of speculation going on as to what Sony will do next. Will they find another story that includes both of these casts? Will they go back to the “senior” players again, or even return to the “First Class” team? Time will tell.

No matter what they decide to do, they’ve set things up very well. Certain characters who shall remain nameless made unexpected appearances near the end of X-Men, and that’s leaving the door wide open. Personally, I have always thought the “Phoenix Saga” would make a terrific yet tragic film, but we’ll see.

We can expect to see more X-Men in our future, for sure! That’s good news for movie theaters, and also for local comics shops. I bet many stores sold out of the Days of Future Past trade paperback since the movie arrived in theaters, and that’s always a good thing!