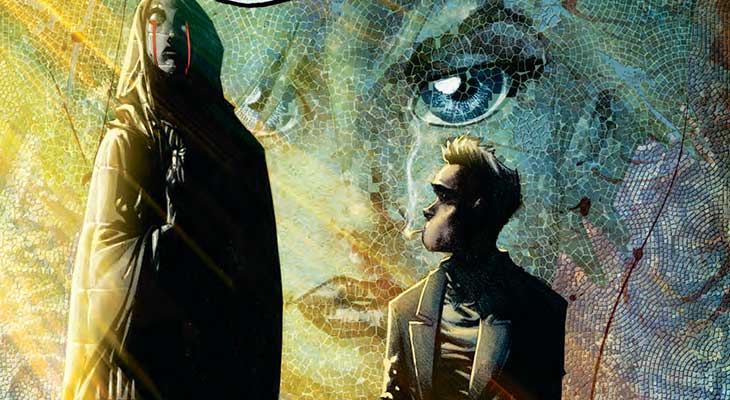 The final issue of Revelations arrives from BOOM! Studios this week, and the publisher sent Major Spoilers a sneak peek that you can check out, after the jump.

Detective Charlie Northern is close to the truth behind the death of the Pope’s successor, but he struggles with his quickly fracturing faith. With the implication of a dark, corrupt cult at the very heart of the Vatican, Northern’s investigation into one unexplained death might dismantle one of the oldest, most valued institutions of the world. Discover the truth in this final chapter of Jenkins and Ramos’ thrilling mystery!