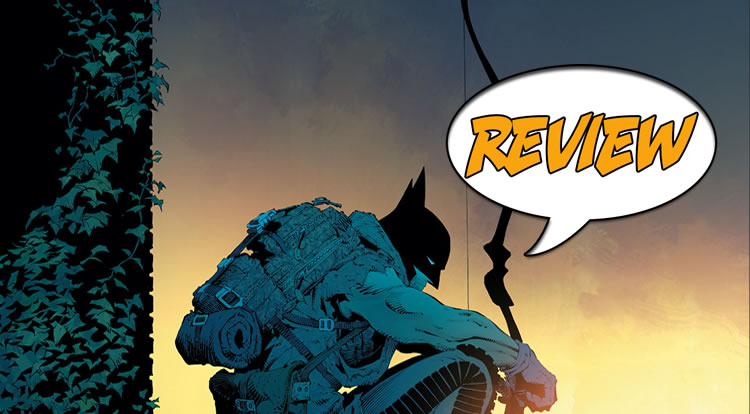 As a long-time Bat-fan, I have to say that the Riddler has been one of my least favorite villains. Frank Gorshin did his best to make the character unlike the Joker, but the best I’ve seen previously was in Batman: The Animated Series, when John Glover voiced the character. He was wicked smart, and just as angry/evil.

Well, I now have a new favorite Riddler. Mr. Snyder and Mr. Capullo have moved Mr. Nygma up into the A-tier of Batman’s rogue’s gallery, and it’s great!

Previously in BATMAN: “The second chapter of ‘ZERO YEAR – SAVAGE CITY’ reveals an entirely new Gotham City. Unraveling the mysteries set forth by the Riddler, Batman must learn to work with his new ally, Lieutenant Jim Gordon, and do whatever it takes to survive!”

MAKING THE RIDDLER A FORMIDABLE FOE

One of the great things about “Zero Year” has been the re-defining of the Riddler.

The Riddler was previously just a criminal who compulsively had to send Batman clues before he committed crimes. As far as threats go, he was nothing when compared to the Joker, for example. Even Batman didn’t seem to take him very seriously.

Flash forward to the New 52. From the first time we saw Edward Nygma in “Zero Year,” he’s been unquestionably one of the smartest people in Gotham City. He also worked for Bruce Wayne’s company while still indulging his fascination with puzzles and, of course, riddles.

But the most fascinating part of the Riddler has been that he KNOWS he’s the smartest guy around, perhaps even more intelligent than Batman. (This was also a big part of the B:TAS Riddler, but he got knocked down a peg or two occasionally. That hasn’t happened with this version … yet.)

And the threat quotient has been seriously upgraded here. When we get to this issue, the Riddler is truly in charge of Gotham, taunting the people who live there and confident in his ability to take on Batman. He’s also someone who has access to advanced technology, which makes him scarier than I’ve previously seen him be.

Scott Snyder is proving he’s quite the Batman scribe, with Batman and Batman: Eternal both on the stands this week.

Whether in the past or the present, Snyder makes Batman someone who is not just a hero, but a crusader, a man working hard to not only beat the bad guy, but also to rescue the people of his city.

There’s a powerful sequence when the Riddler is asking for citizens to challenge him. Of course, with Gotham in his grip, every resident is terrified to in any way put themselves in jeopardy. That is, until Batman steps up to take the challenge.

But the Dark Knight must not only outwit Nygma, he must also keep the villain engaged long enough so that Batman’s allies can uncover his foe’s location, something made pretty clear early on in the issue.

Does Batman succeed? Let’s just say that Nygma is underestimating the Dark Knight quite a bit, and Batman uses that to his advantage in an extremely satisfying way.

Another cool thing is that DC printed this issue on glossy paper, making Mr. Capullo’s art leap off the page. Speaking of which, my favorite page has to do with Batman’s cycle arriving to challenge the Riddler. It takes place on a full-page panel, and it was cool on several levels.

Capullo also continues to be the perfect match for Snyder’s plotting. The faces of the Gothamites stand out, particularly in several panels when the Riddler is rubbing their faces in the tact that they cannot challenge his control. The dejected looks realistically pull us in to feeling sorry for them, for that’s how we’d feel in their circumstances.

The only thing that bugged me some was the fact that Batman is holding a bow on the cover. I didn’t see him using a bow and arrow anywhere in this book, but this cover is supposed to be used on an upcoming collection of this “Final Act,” so it’s probably something I need to keep an eye out for in the next couple of months.

Only two more issues to go in this terrific “Zero Year” event!

Batman continues to make monthly news by either holding the top sales position or landing somewhere close to it. And there’s good reason for that – in my estimation and in the opinions of many others, it’s the best monthly series coming out today.

Some people grumbled when “Zero Year” was announced, but I’m not hearing any of that now. This re-focusing of Batman’s origin will be classic, and will plant the seeds for many excellent Bat-stories for years to come!