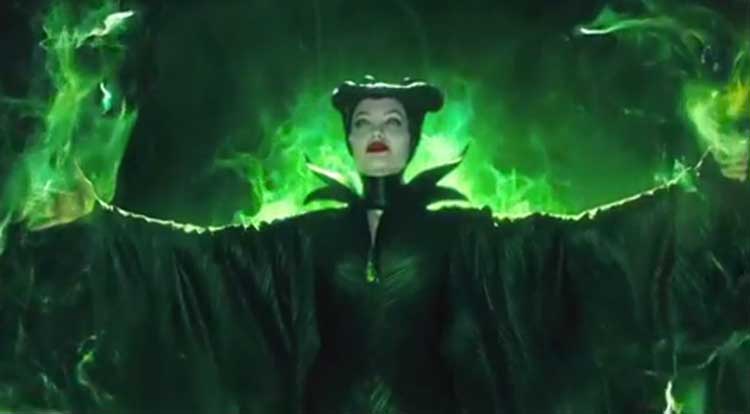 Disney announces the release of MALEFICENT: The Official Multi-Touch Book, based on Disney’s highly anticipated film “Maleficent,” in theaters May 30, 2014. The book, offered for free exclusively through iBooks, explores both the legacy of Disney’s classic animated film, “Sleeping Beauty”—which first introduced the iconic villainess Maleficent—and the making of the all-new live-action film, “Maleficent,” starring Angelina Jolie.

Features of the book include an interactive timeline of the origins of the timeless “Sleeping Beauty” tale, with rare content from the Disney archives; rich and explorable environments, filled with fantastic creatures from the world of “Maleficent”—waiting to be discovered at your fingertips; interviews with Angelina Jolie and the cast and crew responsible for bringing the reimagined story to the big screen; an afterword by director Robert Stromberg, two-time Academy Award®–winner for production design on “Alice in Wonderland” and “Avatar”; exclusive behind-the-scenes photo galleries and video featurettes; never-before-seen concept art, storyboards and sketches from pre-production; fun facts from the set; and profiles of the characters from the film—all created by Apple’s digital book creation app, iBooks Author.

The “Maleficent” book is available for free, exclusively on iBooks at: http://di.sn/hf7

Download “Maleficent: The Official Multi-Touch Book” for free exclusively on iBooks: http://di.sn/hf7Maleficent is now playing in theaters. Get tickets: http…