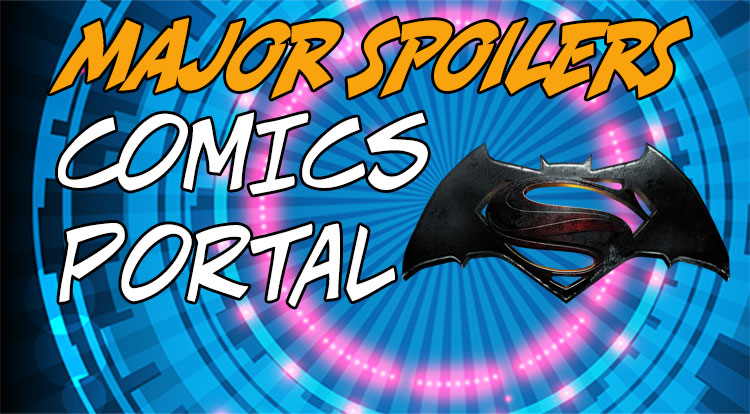 COMICS PORTAL: What’s in a Title?

Last week, Warner Bros. announced the final title for what had previous been called “Batman vs. Superman.” Granted, they kept that as part of the movie’s full name, but they did add another phrase to it: “Dawn of Justice.”

The Internet reacted with their usual varying responses, from those who hated it instantly to those who absolutely loved it and every shade in between. I wonder if some of these folks work for Disney or Warner Bros.

I suppose I should keep better track of who says what when I read the responses, but I just can’t give some of these folks the time I value so much. As always, I was intrigued by the way things shook out.

“Can’t DC or Warner Bros. get ANYTHING right? We already knew that several members of the Justice League were going to appear in this movie. Why don’t they come up with a GOOD name?”

“It’s the perfect name for the movie! Batman and Superman’s names will draw in their fans, and the rest will help new theater goers to prepare for the Justice League movie.”

“Warner Bros. is doing a good job of turning their DC heroes into the follow-up for the Harry Potter series of films. This title shows that.”

THE PURPOSE OF A MOVIE TITLE

One of the most important aspects of a movie can be its name. Like promotional releases and trailers (I wish they wouldn’t call them that since they appear before a movie.), a good title can get fans and others interested in seeing the film. If it’s too cryptic, nobody will understand what’s going on. If it reveals too much of the plot, it’ll keep people from wanting to see it. After all, people can often figure out what’s happening in a lot of the rest of the movie.

I do like the way that both heroes’ names are included. Both the Batman and Superman movies have done a great job of making money for Warner Bros., so why not? Also, this will be the first time in which both heroes have appeared live on the big screen, and like Avengers, that’s going to be a big event!

If all this is true, then why include “Dawn of Justice?” To me, the answers are obvious – they’re giving comics fans a wink and a nod while indicating to others that this is a launching-off point. People like to get in on the ground floor of movie franchises, so this works well. And fans of the Justice League for the past several decades who don’t read rumors on the Internet will get the message.

I’m hoping this will be the last column I’ll write about Batman vs. Superman: Dawn of Justice until the film actually arrives in theaters. There is still the scheduling to be worked out – I continue to believe it would harm both films if this movie and “Captain America 3” came out on the same weekend. Somebody please fix this!

Personally, I’m looking forward to BvS a lot. As fans of the Avengers were excited about their being on the big screen live together for the first time, I’m anxious for the chance to see many of DC’s heroes live together in movie theaters for their debut.

I always like to point out that it’s good for everybody in the industry when a comics-related film does well. It encourages others to produce more of the same, and we all want that!