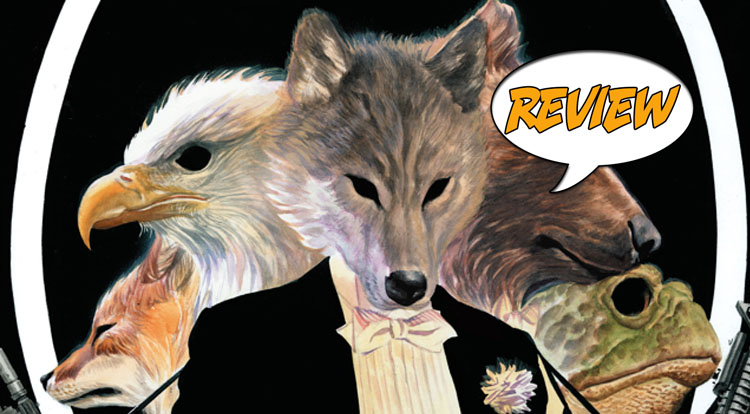 Previously in Astro City:  The denizens of Astro City are a diverse bunch, surrounded pretty much at all times by a swarming army of heroes and villains, any or all of whom might crash through your window at nearly any moment.  How in the world does anyone have anything even remotely resembling a normal life in an atmosphere like that?

Full disclosure: While I don’t think of myself as a “serious writer” most of the time, there is just something about a really well-crafted issue of ‘Astro City’ that reminds me exactly how low I am on that particular scale.  Busiek’s writing is not only not in the same ballpark as other comics, I’m pretty sure they’re playing fourth-dimensional Brockian ultra-cricket, and I don’t have enough eyes to take it all in.  At it’s best, Astro City is about putting the human back in superhuman, applying real world perspectives to the psychology of the super-dupers, which brings us to the story at hand…  This issue is narrated by Edward James Carroway, ‘Ned’ to his friends, born the much less euphonious Fred Glosman, who explains how his favorite childhood character came from ‘Little Red Riding Hood’.  The wolf, Ned explains, was cunning and crafty and always had the world at his fingertips, while pointedly denying the part of the story where he ends up gutted by the heroic huntsman.  It’s a metaphor for his life, as well, as Ned unexpectedly trips into the life of a petty criminal, which he then upgrades to petty COSTUMED criminal.  Throughout the issue, his obsession with clothes and expensive shoes, with the trappings of success, keeps recurring, bringing him ever-greater success in his chosen line of work…  until it all comes crashing down.  There’s a universal need at the center of Fred/Ned’s psyche, the need to be somebody (or at least to be SEEN) as somebody, that once again makes me hate Kurt Busiek a little for his writing skill.  Ned’s “clothes horse” nature isn’t just the thing that drives him into his criminal career, it’s the center of his being, and it’s not too much of a stretch to see it as an addiction that both defines and destroys his life.

UTTERLY AT A LOSS

The biggest surprise as I opened this issue came in the form of the credits, where Brent Anderson’s usual artist credit is replaces with Graham Nolan as, to my memory, the first guest-artist in Astro City’s history, but Nolan’s art is a perfect fit not only with the ongoing tone of Astro City, but for the story of The Gentleman Bandit.  His renditions of smart tuxedos and expensive suits might actually be better than what we would have gotten with Anderson’s (equally impressive, mind you) style, and the slight differences make this story stand out visually.  The story of Ned’s ascent and descent is really wonderful, and is written so expertly that I don’t really feel qualified to “judge” it, but the straight scoop is that I absolutely love this issue.  The Sweet Adelines concept is one that seems so perfect that you can’t imagine why no one in comics has ever done it before, until you remember that no one but Busiek could do it justice in a way that would make it any different from Marvel’s ridiculous Turner D. Century character.  With an utterly perfect last-page moment as a takeaway, part of me hopes that we’ll see The Gentleman Bandit again, all the while knowing that poor Ned may be making the worst decision of his life.

So, yeah, this issue proves I’m a terrible person full of schadenfreude (for enjoying Ned’s turmoil) and jealousy (for my grinding envy of Busiek’s towering writing talent), and yet I’m still going to recommend it, and let you decide whether you wanna listen to the advice of a terrible, horrible evil man.  The question of whether anyone else could make Astro City look as amazing as Brent Anderson is answered, the question of what drives people to do self-destructive things is examined, and most impressively, a twenty-odd page comic book becomes a portal into another person’s life, a story full of emotion and authenticity.  Astro City #12 hits the proverbial home run touchdown sports metaphor thingy, with beautiful art and an affecting story, earning a well-deserved 5 out of 5 stars overall.  I keep saying this, but if you’re not reading this book, you’re missing the most consistent monthly book around…