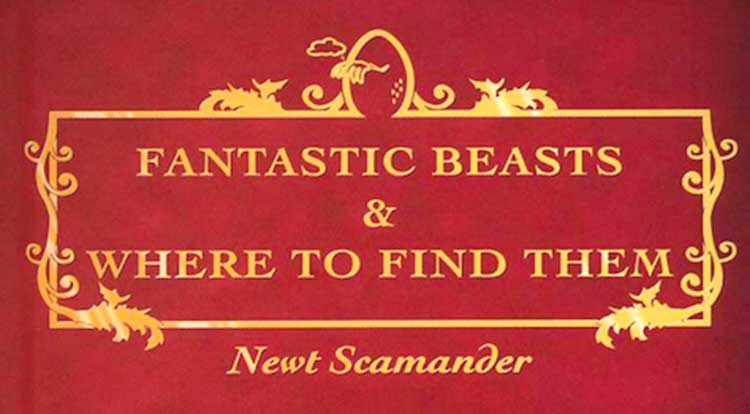 Warner Bros. has announced the first spinoff movie to come out of the very successful Harry Potter franchise will arrive in theaters on November 18, 2016.

“Fantastic Beasts and Where to Find Them is the first of three spinoff movies to come from the studio and J.K. Rowling, and is part of the studio’s goal to create three movie tales like The Hobbit.

Kevin Tsujihara persuaded Rowling last year to revive the Harry Potter movie magic by adapting her Hogwarts textbook “Fantastic Beasts and Where to Find Them” for the big screen. Rowling wrote the 54-page book in 2001 between publication of the fourth and fifth Potter books.

The only thing I know about the adaptation is that the story takes place 70 years before Harry Potter and follows magizoologist Newt Scamander.  WB is quick to point out that these new movies are not a prequel, but rather an expansion of the wizardry world.

While fans of Harry Potter are going to be excited about this news, my biggest concern is the idea that all movies must be megamovies that require audiences to see all three in order to appreciate the full story.  One of the first movies to do this was Back to the Future II and III that released in 1989 and 1990, and with the success of The Lord of the Rings, and The Hobbit, it looks like this will be the business model going forward.