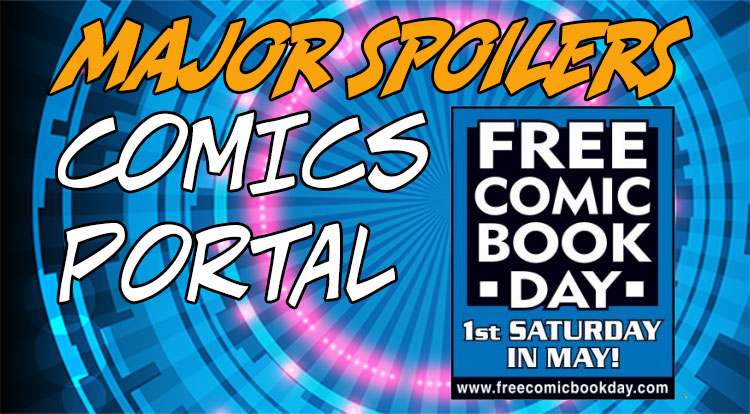 Whoever came up with the concept of Free Comic Book Day should get a significant bonus! This year’s event was once again very successful, and how!

For those who haven’t heard about FCBD before, it takes place on the first Saturday in May. Stores buy a variety of comics at reduced prices so they can give them away as part of that event. This has been going on in an attempt to attract new customers as well as those who may have stopped buying comics for a variety of reasons.

In fact, FCBD has been so successful that many stores are also participating in a yearly Halloween event, which takes place about six months later, to help adults obtain comics to give out to Trick-or-Treaters. It’s not to FCBD levels yet, but it’s a smart idea to get people thinking about comics during the holiday gift-giving season.

Based on what I’ve read on Facebook and Twitter, 2014 just might be the biggest FCBD ever! And that’s with May the Fourth Be With You and Cinco de Mayo happening very close to it!

For instance, stores near where I live in the Washington, DC, area were literally packed with people, especially in the first few hours when selection was at its best.

And the best news for the store owners was that people not only gathered up free comics (some limited the number to seven or four books per person), but many also bought a lot of other comics as well! The sound of their cash registers ringing was music to their ears, I’m sure! One worker said, “I wish it was like this every Saturday!”

I saw photos of people standing in long lines just waiting for certain stores to open! Now, I haven’t seen that previously, although it may have happened in the past.

Some owners have also noted that this was their biggest FCBD, with lots and lots of sales and customer traffic records broken!

And this headline might indicate just why it’s so big: “Local Comic Book Store Giving Away 3,500 Free Comics.” That just HAD to attract attention!

THE BOOKS I LIKED BEST

Of course, what is FCBD without free comics! Here are the books I enjoyed most!

Head and shoulders above everything else was Archaia’s hardcover offering, which included new stories from some of my favorite comics, Mouse Guard and Rust. It also teased us about an upcoming Farscape series that I’m looking forward to. In many shops, this was the very first book they ran out of, often within the first hour. (In my opinion, they should do this every year and if not, every other year as they did this time.)

I also enjoyed DC’s preview of Future’s End, which included Terry McGinnis from Batman Beyond. It’s so great to see him integrated into the DCU!

I also thought Marvel was doing the smart thing by having not one, but two books related to the Guardians of the Galaxy upcoming film. One was a prequel to the upcoming comic with the same name, the other focused on Rocket Raccoon. The only thing people were confused by was the appearance of Venom in the Guardians comic. Several people were asking if he’s going to be in the film, so while that may help sell the book, it was distracting to people more interested in the movie.

Valiant also had two books, one with background on many of their characters and another previewing an upcoming event. Both were worth the reading!

The rest were a mixed bag, as always. Some I liked, some not so much, but I’m glad I got to sample them all!

Based on this year, I’m convinced that FCBD is here to stay! I’m sure some shops didn’t do as well as others, perhaps those in smaller towns, but overall, I’d say it continues to grow and prosper!

With the advent of digital comics, I wonder how that will affect FCBD. Some comics are available online, while others are not. I wish they all were out there, say, on the Monday after Free Comic Book Day. That would protect the local stores!

I think both FCBD and the Halloween event will only blossom as time goes on. I do wonder if someone will come up with quarterly events to fill the space between them, but only time will tell.