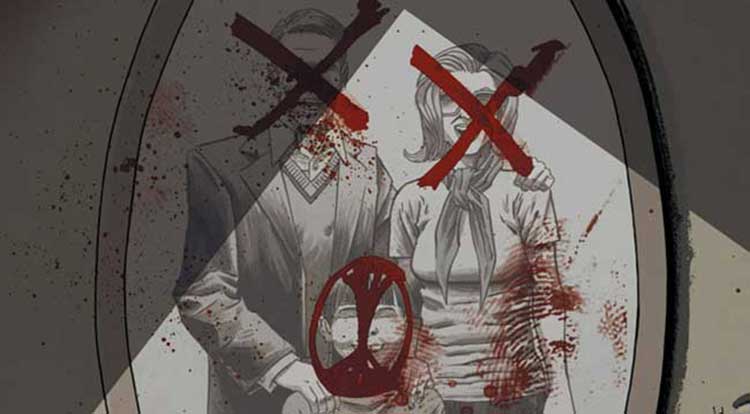 Expect to see numerous Original Sin tie-in issues coming your way over the next couple of months, as the Death of the Watcher series gets into full gear.  Marvel sent Major Spoilers a sneak peek of Deadpool #29, that gets in on the act.

Manipulated at the hands of Butler and his brutal offshoot of the Weapon Plus program, Wade Wilson was transformed into an indestructible killing machine against his will. But there is more to the story. Before being fully indoctrinated by Butler for good, all ties to Wade’s past had to be severed. And the secrets of that day have remained unknown to this day – even to Deadpool himself.

Now, thanks to the energies of The Watcher’s all-seeing eyes, S.H.I.E.L.D. Agents Adsit and Preston have uncovered the terrible truths about Deadpool’s family. Should they tell him? Or is the truth the final straw that could very well unravel Wade’s fragile psyche!