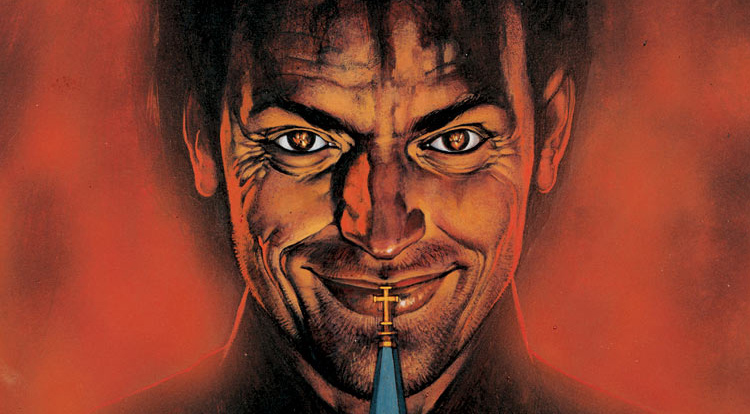 Seth Rogan says Preacher show will deviate from the comic

When the announcement was made that Seth Rogan would be creating an adaptation of Garth Ennis’s Preacher many of us were certainly shocked. But, is it a shock that he plans to deviate from the story inside the comic?

In a recent interview with Slash Film Rogan gave the following quote about how the show was coming along:

Me and Evan are writing it write now with the help of Sam Catlin and we’ve come up with a lot of incredibly crazy ideas. [Laughs] It’s a fun thing to riff on and talk about. We’re definitely trying to expand on some of the ideas in the comic and make it that…we love most of the main cornerstones of the comic but we’re trying to make it that even if you’ve read the comic you should not know exactly what to expect from the TV show.

Now, before we jump to the conclusion that Rogan is going to “ruin” the show by not sticking to the comic, let’s remember that AMC’s The Walking Dead hasn’t stuck completely true to the comics. The big picture is still present in the show, but the creators have changed bits so that even the comic fans are kept guessing, which is exactly what is seems Rogan wants to do.

Thoughts on Rogan’s quote? Do you wish that the Preacher show would be an exact adaptation of the comic, or are you fine with this idea? Give you thoughts in the comments below!