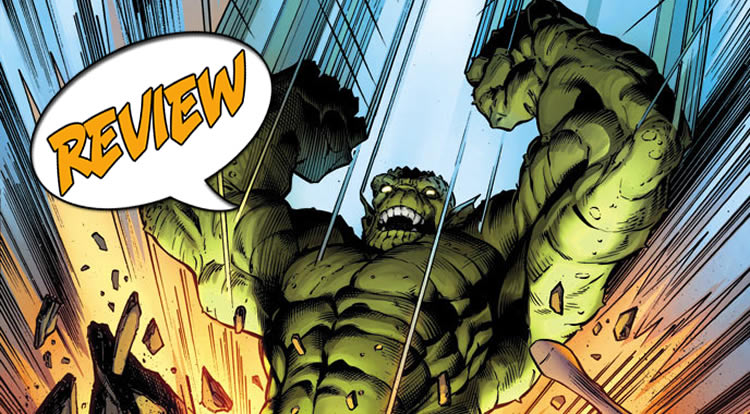 I’ve mentioned previously that comics companies, if they believe in a title and want to raise the sales of it, will often close the current numbering and begin with a new number one since collectors rush in to get those, and it does increase interest. Also, a significant change in a character sometimes takes place to show that something is now different.

Hulk is a good example of this. Mark Waid continues to script the lead character, but instead of being a super-genius working for SHIELD, Bruce Banner has turned into “Bobby,” who appears to be a mentally impaired janitor in a small town. But he still turns into the Hulk.

Previously in HULK: “ALL-NEW DIRECTION! THE EPIC “BANNER D.O.A. BEGINS NOW!!! Following the shocking events of the INDESTRUCTIBLE HULK finale, Bruce Banner lies at death’s door! If he survives, it WON’T be as the Bruce Banner we’ve known! How will the Hulk wreak vengeance on Banner’s assailant? How CAN he?”

CHANGE IS A CONSTANT WITH THE HULK

Over the years, I’ve read a LOT of different versions of the Hulk. Sometimes he’s had the mind of Bruce Banner while other times there’s no sign of him. He was Mr. Fix-It for a while in Las Vegas. He’s also been gray or green, just to name a few changes.

He’s like a box of chocolates. You’re never completely certain what you’re going to get.

Granted, some incarnations I’ve liked better than others. This time, I have to identify my reaction as … unsettled.

Of course, Mark Bagley is a well-known and loved artist probably best known for his run portraying Spider-Man, but he’s not limited to that hero. He has a strong sense of drama and action, and that comes across in Hulk.

I have to say that I’m being schooled by both creators in encountering folks I haven’t had a lot of experience dealing with in my life. It’s so well that done that it makes me feel uncomfortable at times when reading the book. And that’s a good thing, I believe.

It’s not my intention on any level to offend anyone, but I’ve rarely encountered people with the current intelligence of “Bobby.” I have tremendous respect for those who work with them, and I want nothing but the best for people experiencing the way he is now going through life. It’s teaching me things I didn’t know before, and I always love it when a comic does that.

It surely feels to me like a lot of research has gone into this comic, portraying things as they do. I’m not able to judge if what is happening is accurate, but it is eye-opening to me. And I need to learn more going forward

STILL, THIS IS ALL TEMPORARY

The one thing that always bugs me is that changes like this are nearly always temporary. Dick Grayson is no longer Batman, Steve Rogers never really was dead, and countless other “changes” take place to infuse new life into comics. That’s okay, but it always tempers my enjoyment of this kind of thing.

I always want to start a pool asking people just how long the current status quo will remain in place. I’m sure Marvel will want Bruce Banner to be back to genius status before the second Avengers movie hits theaters next year, so I give it about a year or so. We’ll see if I’m right or not.

I’m taking this as a learning experience, and will be happy to go along for the ride.

The usual action quotient happens in this book, with the Hulk taking on the Abomination, a well-known opponent. The battle is a good one, and several events take place around it, which we’ll discover more about next month.

The supporting cast is fascinating in that they are largely “caretakers” for “Bobby” with a twist to them. I’m anxious to know what’s going to happen to them. When “Bobby’s mom” takes on someone who issues a threat against him, let’s just say I was surprised at her chosen method of retaliation even in a smaller town.

The thing that worries me is seeing the Leader take on the Hulk. It’ll be the ultimate fight between brain and brawn.

Every good jumping-on place can also be a jumping-off time. If you’ve decided the latter, I think you should reconsider that. Mr. Waid always delivers engaging stories and characters, so you’d be missing out on a lot if you let Hulk go!