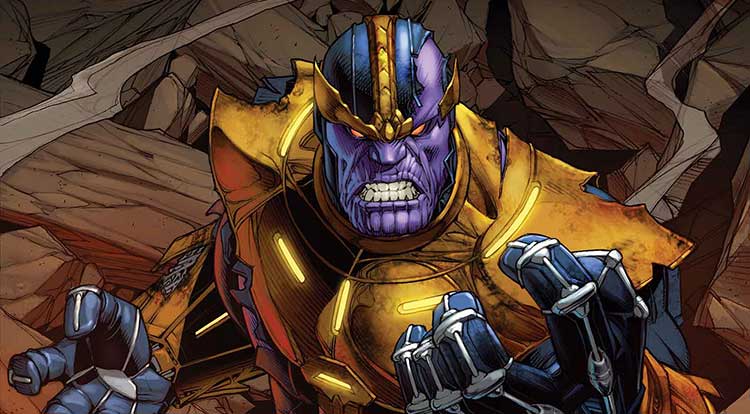 Marvel has released a sneak peek of Thanos Annual #1 that arrives in stores in May.

A devastating defeat in Thanos’ past has set in motion cataclysmic events that cannot be undone. Facing his ultimate demise, Thanos welcomes the afterlife, hoping to finally be united with his one true love, Death. But he was wrong. There is no love waiting for him in the beyond. Only pain and malice at the hands of Mephisto!

And Mephisto is not alone. He brings with him a mysterious being with deep ties to the Mad Titan. A mysterious being who will take Thanos on an unparalleled journey through space and time reliving his greatest triumphs and his most crushing defeats. Now, Thanos must face down Mephisto, the Avengers and even his future self to prepare for what comes next! And seeds sown here bear bitter fruit in August’s highly anticipated Thanos: The Infinity Revelation original graphic novel! As the Titan prepares for his greatest battle, no fan can afford to miss THANOS ANNUAL #1 this May!