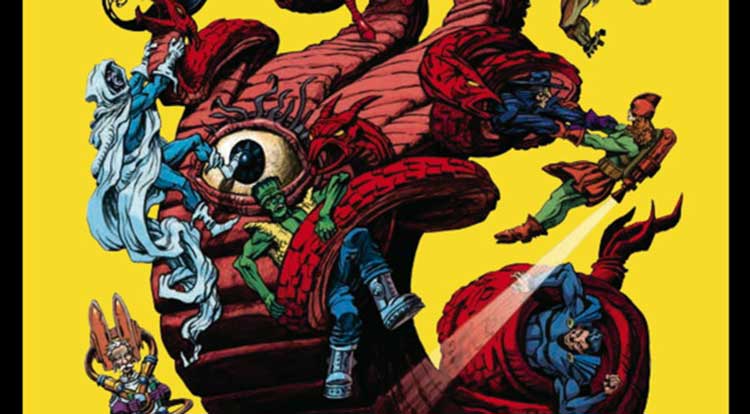 Dark Horse Comics president wants to give you $1,000

For one savvy reader who can catch the subtle nods contained within this original graphic novel, Mike Richardson is offering a $1,000 cash prize! Not only that, but he’ll also award the local comic shop of your choice $1,000 worth of Dark Horse comics and graphic novels!

The Atomic Legion is on sale now in comic shops everywhere! Read it thoroughly, and send an e-mail to atomiclegion@darkhorse.com with your list of the story’s pop culture and science fiction references, and a picture of yourself with the book, before May 31. The first person to correctly identify the most references will be awarded the cash prize! More about The Atomic Legion:

In a hidden fortress near the North Pole, the greatest heroes of a past age live secluded from the world that rejected them. But when their benefactor—a mysterious scientist known only as the Professor—is kidnapped, it’s up to a young boy to rally the robots, monsters, and superheroes in the fortress to come to the rescue as the Atomic Legion!