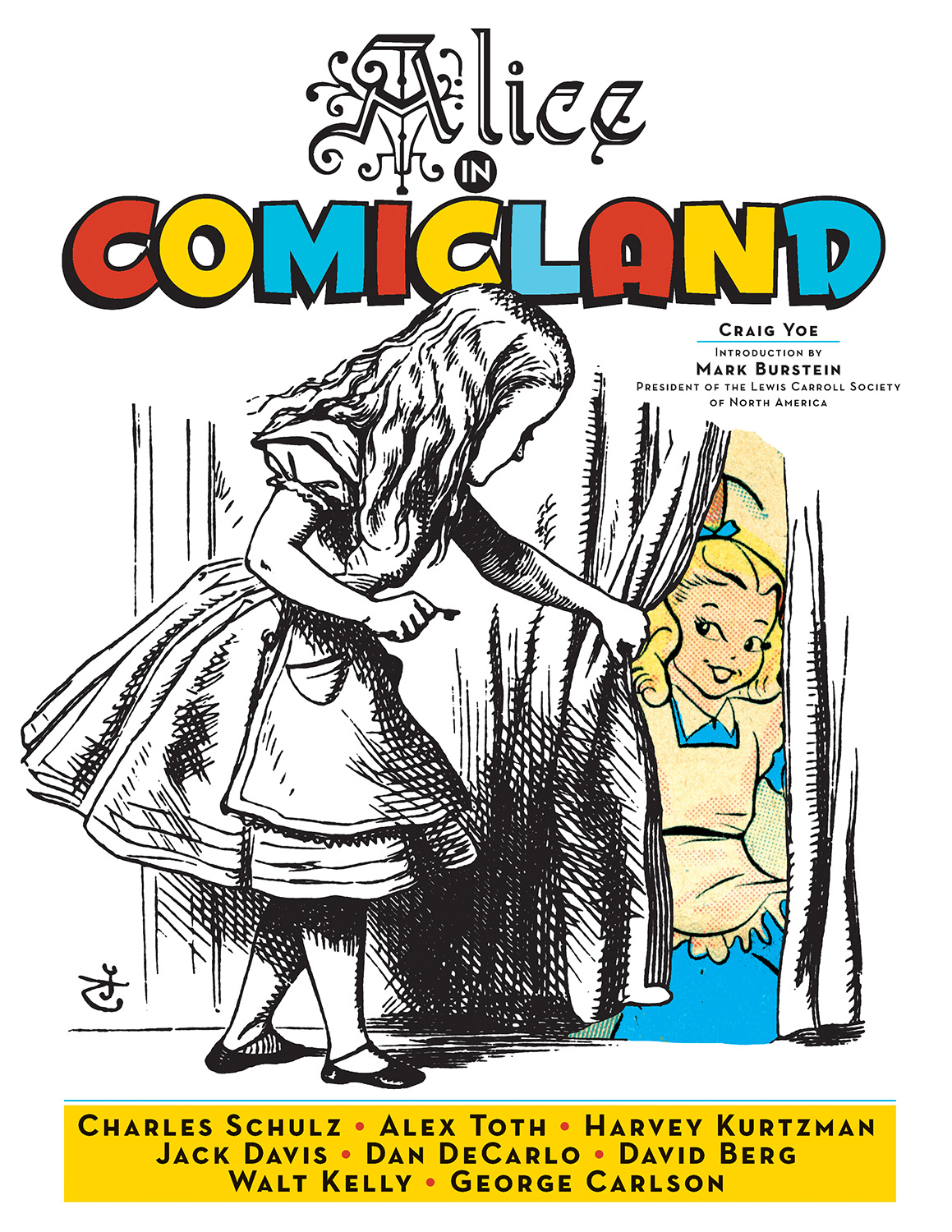 IDW Publishing released a sneak peek of Alice in Comicland for you to check out.

You’ll be astonished to see Alice gruesomely starring in the banned horror comic book stories of the 1950s, as the basis of a romance comic, riding on a flying saucer, meeting Santa Claus, as a teeny-bopper, hanging out with famous comic characters…

The fascinating–sometimes bizarre–comics, the rare original art, a special introduction by Mark Burstein, president of Lewis Carroll Society of North America, and a revealing foreword by award-winning comics historian Craig Yoe make this book truly a wonder! Alice in Comicland will leave you grinning like the Cheshire cat!
HC • FC • $29.99 • 168 pages • 8.5” x 11” • ISBN: 978-1-61377-913-2