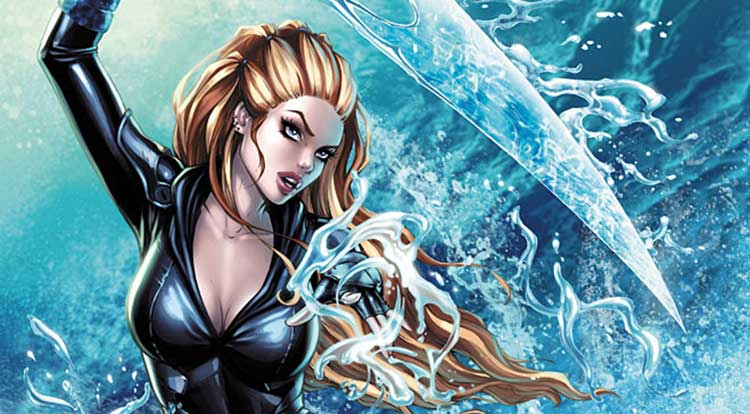 Aspen Comics sent Major Spoilers a sneak peek of Fathom: Kiani #3 that arrives in stores May 07, 2014.

Kiani severs her ties with Luzhin and the Volna after discovering the true dangers such a powerful research facility is capable of. However, her escape does not go according to plan—as the Russians prove they are not easily dissuaded from their attempts to become the world’s greatest nation—even if it means killing her in the process!