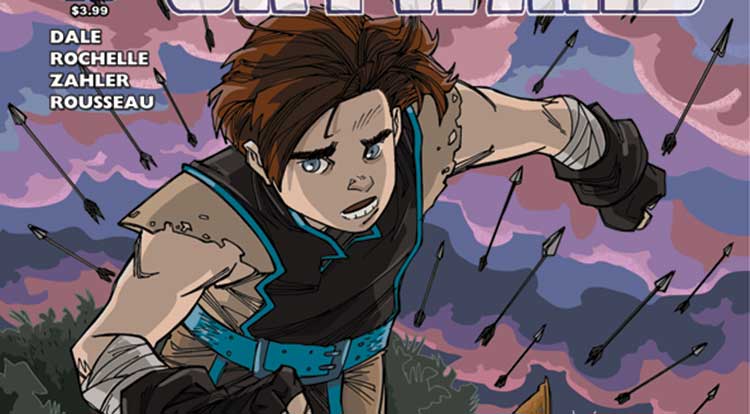 Action Lab sent us the cover images and solicitation information for titles arriving in July 2014.

Bo and his new special forces unit are in a showdown with the Rasta Gang. It’s all out battle with our plushy protagonist, exosuits, ninja-girls, and Jamaican octopus-controlled zombies!

DRYSPELL # 2 (Bi-Monthly)
Writer(s): Ken Krekeler
Artist Name(s): Ken Krekeler
Cover Artist(s): Ken Krekeler
Tom Ferris has started seeing the world differently. As colorful heroes shine for all to see, Tom’s new friends have revealed a different path; a path where he’s free to express himself–where he can embrace who he should have been, instead of who he is. And the world turns, waiting. In this exciting installment of FRACTURE, Jeff fights to assert control over his own mind in an increasingly complex world. With his control slipping and everyone around him in peril, Jeff is forced to seek help from an unlikely source — his evil side’s former ally! At a mind-bending pace, this volume crash es towards a final confrontation — with all Jeff’s “marbles” on the line! Collects Fracture V2 issues 1-4.

In Boston, powers are real, heroes are rare and Jack McGriskin is a private detective with a strong right arm and a nose for trouble. When a missing person he’s been hired to find turns up dead, he stumbles into a network of corruption stretching from the streets of Boston to the halls of Congress and the clues lead him back to a world he’d left behind. Collects Jack Hammer #1-4. Having lost all hope in the heroes of his world, fate steps in and gives young Gavin Shaw the power to do the things they have not. Only as the teenage hero Midnight Tiger does his city have a chance at redemption. Retailer incentive cover by Jerry Gaylord! Clearly, it’s time for action. With the startling events of last issue leaving our heroes reeling, it’s time to enlist aid from the northlands. Onward… to the home of the Berserkers! From Breakthrough Talent of 2013 award nominee creator Jeremy Dale (GI Joe, Marvel Kapow!), this issue also features an incredible RETAILER INCENTIVE variant cover by Craig Rousseau of Perhapanauts fame!