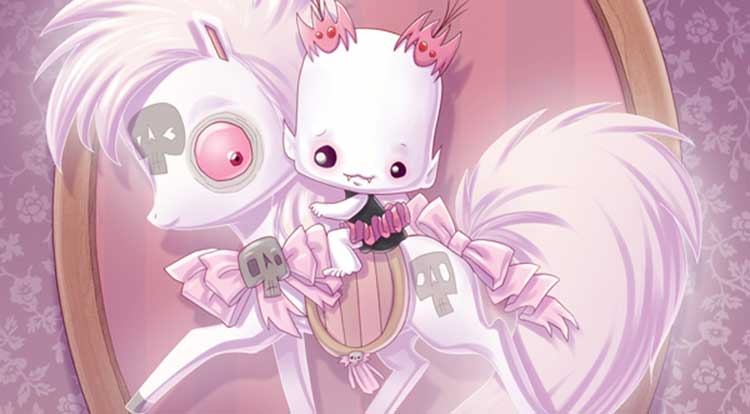 The Legend of the Ghost Pony begins here!

The Legend of the Ghost Pony begins here in this terrifyingly sweet installment from
Hasbro designer/illustrator of My Little Pony Gayle Middleton! Ghost Ponies have been the
harbingers of the weird for years. Whenever they appear, creatures near have disappeared,
never to return. Where do they come from? What is their terrible secret? And what is the Ghost
Pony’s connection to a vampyre baby named Lily Rose Shadowlyn? Find out in this all new
adventure! Variant cover by Gayle Middleton herself.