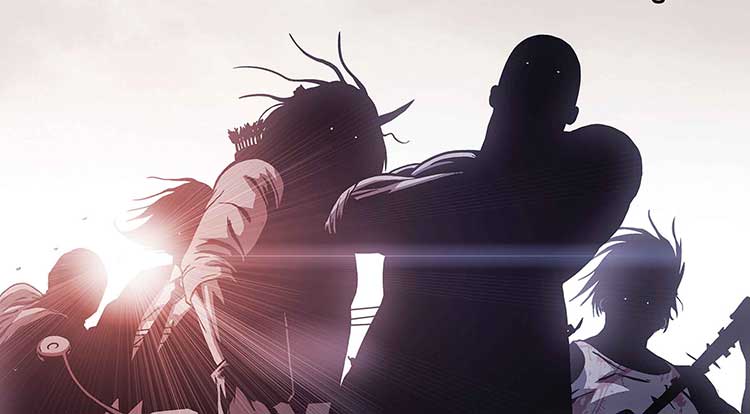 After narrowly escaping the horde of sleepers in Lincoln, Sam, Liz and Ray are on the move yet again, crossing a country of ashes and bones while Sam is haunted by the man responsible for the desolation through which they ride.

Sam isn’t the only former superhero who can’t let go of the past. In Oklahoma, an alcoholic bounty hunter who once used violence to protect the innocent now uses it because he knows nothing else. With a head full of rage, a stomach full of whiskey, and a mask and costume in his backpack, John knows that all he has ahead of him is more violence. And that’s just fine with him.

While the superheroes may now be just survivors, a group of murderous supervillains emerges from the shadows with visions of a bloody crusade against a world that hates and fears them.