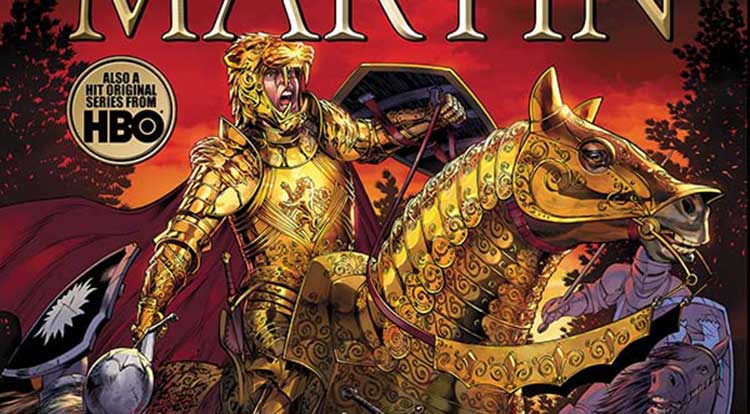 Dynamite Entertainment sent Major Spoilers a sneak peek of George R. R. Martin’s A Game of Thrones #20 that arrives in stores this week.

GEORGE R.R. MARTIN’S A GAME OF THRONES #20
George R.R. Martin, Daniel Abraham (w)
Tommy Patterson (a)
Mike S. Miller (c)
FC • 32 pages • $3.99 • Mature
Battle is joined at the Trident, with Tyrion Lannister in the vanguard—placed there by a father determined to rid himself of an embarrassment. But the fortunes of war are not so easily manipulated, as Lord Tywin is about to learn, to his great regret . . . and even greater rage. For in a brilliant tactical move, the host of young Robb Stark has descended upon the army of Jaime Lannister outside the besieged gates of Riverrun, and has won a great victory… and a prize that might end the war before it has fairly begun.