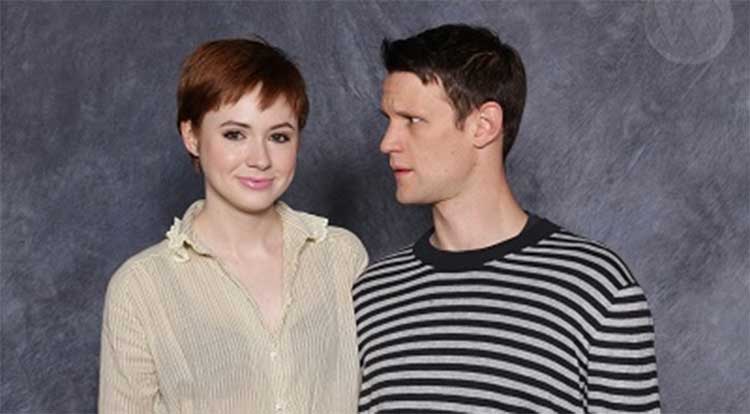 Matt Smith, who recently completed an acclaimed four-year run as the 11th incarnation of the Doctor in the landmark British television series “Doctor Who,” and Karen Gillan, who portrayed “Amy Pond,” will appear at the inaugural Wizard World Minneapolis Comic Con. Gillan will attend on Saturday, May 3, and the morning of Sunday, May 4, while Smith is scheduled to appear on Sunday.

Both will greet fans, sign autographs, pose for photo ops and conduct separate interactive Q&As (Gillan on Saturday; Smith on Sunday). They will pose together with fans on Sunday morning. Times for Smith’s and Gillan’s signings, photo ops will be announced shortly.

Smith began his acting career on stage, appearing in various popular London theatrical performances before landing the coveted role in “Doctor Who” in 2010. He received a BAFTA Award nomination in 2011 and his final episode, on Christmas Day, was BBC America’s largest audience ever, attesting to both the popularity of the series in America and Smith’s success in the role.

The former model Gillan appeared in Series 5-7 of “Doctor Who,” beginning in 2010, as the new companion to the eleventh Doctor Matt Smith. The Inverness, Scotland, native has added numerous theater roles, starred in the film Not Another Happy Ending last year, is a regular on Adult Swim’s “NTSF:SD:SUV” and portrays the mercenary “Nebula” in the upcoming blockbuster Guardians of the Galaxy.

“Doctor Who” fandom is on full display at Wizard World shows. Fans of the series, which celebrated its 50th Anniversary with a highly-rated program that was simulcast by BBC America at Austin Comic Con, cosplay as numerous characters as well as the TARDIS, the space-time vehicle used in the show.

Other top stars scheduled to appear at Wizard World Minneapolis Comic Con include Nathan Fillion (“Castle,” “Firefly),William Shatner (“Star Trek,” “Boston Legal”), Robert Englund (Nightmare on Elm Street), Michael Rooker and Brighton Sharbino of “The Walking Dead,” Sean Astin (The Lord of the Rings trilogy, Rudy), Adam Baldwin (“Firefly,” Full Metal Jacket), Manu Bennett (The Hobbit: An Unexpected Journey, “Arrow”) and many others. It is the sixth of 16 events in the 2014 series produced by Wizard World, Inc. (OTCBB: WIZD) and will also feature a top-drawer collection of well-known comics artists and writers and a variety of activities, exhibitors and special attractions.