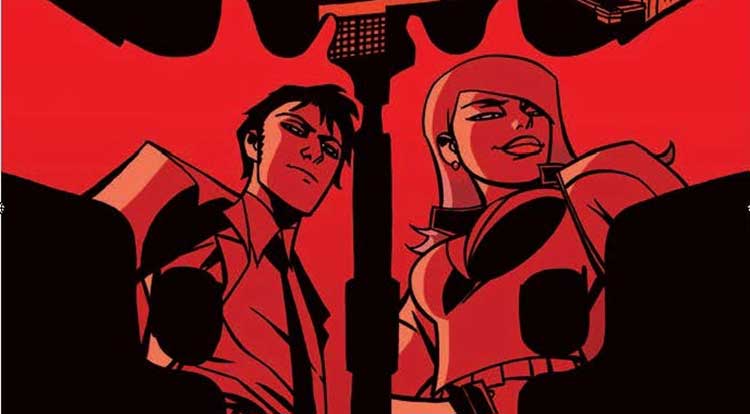 UNITED STATES OF MURDER INC. #1 (MAR140750)
Written by BRIAN MICHAEL BENDIS
Art & Cover by MICHAEL AVON OEMING
Variant Covers by DAVID MACK (MAR140751),
DAVID MARQUEZ (MAR140752),
And BRIAN MICHAEL BENDIS (MAR140753)
In this bold and oversized debut, discover a world in which organized crime runs rampant, the crime families never lost their stranglehold, and the five families hold on the United States is stronger than ever. On the day Valentine Gallo becomes a made man, he’ll also discover the sinister secrets behind the organization he’s devoted his entire life to. Secrets that will turn his life upside down! And just how do is it all connected to the mysterious hitwoman Jagger Rose?