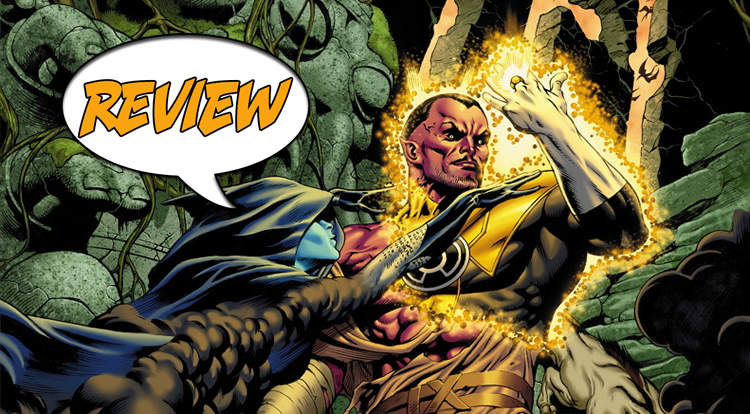 To many writers in comics today, villains are the most interesting people, as Bugs Bunny likes to say. In the past, I’ve talked about how the Joker has his own set of fans, not to mention Luthor.

Well, one of the comics creators who can successfully understand the minds of villains in both the Marvel and DC universes is Cullen Bunn, who recently started up his Magneto series with the House of Ideas, and is now giving DC their own baddie-centric comic!

Previously in SINESTRO: “Thaal Sinestro has lost everything he’s ever loved: his home, his family, his only friend. But no matter how desperate he becomes, Sinestro will never be without fear … a lesson his one-time ally, one-time enemy Lyssa Drak is eager to teach him! Can he take back the despicable Yellow Lantern Corps? Or does the universe have a new destiny in mind for Sinestro?”

SINESTRO IS A CLASSIC BAD GUY UP THERE WITH THE JOKER

Sinestro took on Hal Jordan, Green Lantern, for the first time back in the 1960s, and he’s been that hero’s opposite number ever since. Like the best villains anywhere, he doesn’t see himself as a bad guy. Instead, he views himself as the “good” guy who does what needs to be done, unlike the person wearing the green ring.

Fear is one of those things that paralyzes many of us, making it usually worse than the problem we face. If we weren’t afraid, we might think clearly and take of business much better.

During the writing of Geoff Johns, Sinestro surrounded himself with his own corps, but he’s not with them as the book opens.

When The New 52 debuted, Sinestro was the lead character in Green Lantern, a move that really shocked many of us, including me. We all expected Hal to be large and in charge. But then, Mr. Johns has worked hard at fleshing out baddies for a long time now.

A lot’s happened to him since then, making this the perfect time for him to get his own title and to explore him as a character.

This issue does help everyone who hasn’t been reading the Green Lantern family of comics up pretty well, and we see only one GL this time, and it actually is NOT Hal.

Unlike the art in Magneto, which is also scripted by Bunn, the art here is brighter and more action-oriented, which works better and is much easier to understand when your main character is in space.

It’s sometimes tough to make the faces of aliens relatable, but Mr. Eaglesham does a great job, particularly with Sinestro. From all-out anger to a slight smirk, Sinestro isn’t hard to figure out. He feels that he’s always making the correct choices, and we see that a lot in his expressions.

BOTTOM LINE: Another Great Bunn Book about a Villain

I’ve been reading Magneto since it started, and it’s very different in tone from Sinestro. I like both books actually, and hope we get to enjoy them for some time to come.

What I’m hoping for Sinestro is that it will be a lot more “alien” than Magneto. I’m anxious to see more unusual things happen to the yellow ring-slinger, particularly when he’s interacting with other planets and races.

Still, Bunn is able to get into the heads of these villains, which makes for great reading and … is a little scary, when I think about it!

I highly recommend this series! Both Magento and Sinestro deserve your attention!