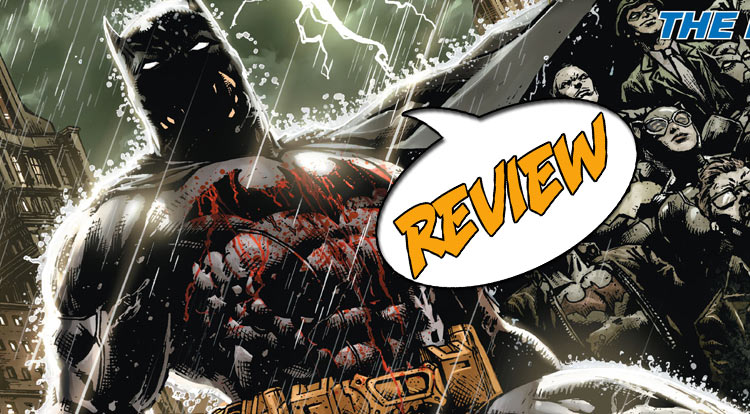 Batman and Commissioner Gordon confront an explosive situation in the first issue of the New 52’s first weekly series.

THE BAT, THE PYG, AND THE MUSTACHE

For the launching issue of a year long weekly series, Batman Eternal plays like a normal issue of any Batman title. Professor Pyg has pinned some kids and Commissioner Gordon in an underground train station, and only Batman and his enhanced armor can save them. Batman’s introduction is a grand way to throw the character into the book while bringing back a plot thread from Snyder’s own Court of Owls arc. The issue quickly goes out of its way to give Batman and Gordon a team up. Showing us how important the relationship and friendship of these two characters is; a relationship that I hope is a very strong thread throughout the entirety of this series.

Jason Bard, an old Batman character from the 1970s, is introduced to the New 52 as a transfer from Detroit. It’s instantly obvious that this character is the reader’s perspective into the story, and with Gordon quickly dispatched from his hero role in this issue, Bard will have to step up. One could make the prediction that Bard will take over Gordon’s role, teaming up with Batman like he did in many pre-New 52 stories. I’m going to go out on a crazy limb and predict that I think they may be setting up Bard to be a villain. Snyder likes to play with the theme of Gotham molding a person to shape its needs, and I believe that it will chew Bard up and spit him out as a cruel villain.

The hook of this issue is that act that Gordon commits. The mistake that causes many people to be injured and die, a mistake that I will not spoil here. It’s an interesting hook as we, the reader, obviously know that Gordon has been setup. He’s innocent. Batman and his fellow officers do not. This instantly gives the book a mystery that leads into the issue’s first page flash forward, a technique that Snyder has used before. Will this hook be enough to propel Batman Eternal through an entire year’s worth of weekly issues? Right now, it’s too soon to tell.

Jason Fabok nails the art in this issue. His line work is still as excellent here as it was on his Detective Comics run with John Layman. So I’m glad that Fabok will be one of the artists to shepherd this weekly comic. The art is dynamic, and Fabok does an excellent job of capturing emotions and character’s faces. When the big action piece of this issue happens, every jolt, blow, and boom is felt because of Jason Fabok’s excellent pencils.

Batman Eternal #1 is a solid launch for DC’s new weekly Batman book. Weekly comics are always a mixed bag, but by having your star character headline each issue, it’s hard to see this train getting derailed. (No pun intended for those of you that have read the issue.) It’s not too late to jump on this weekly Bat train, and get involved in the mystery.

(Each week, I will make guesses about future Batman Eternal issues using the clues given in each issue. Make your own guesses in the comments below!)

– Major Forbes is the villain talking to Bruce in the flash forward.

– Commissioner Gordon was poisoned with Scarecrow’s fear gas. That’s why he hallucinated that gun in the perp’s hand.