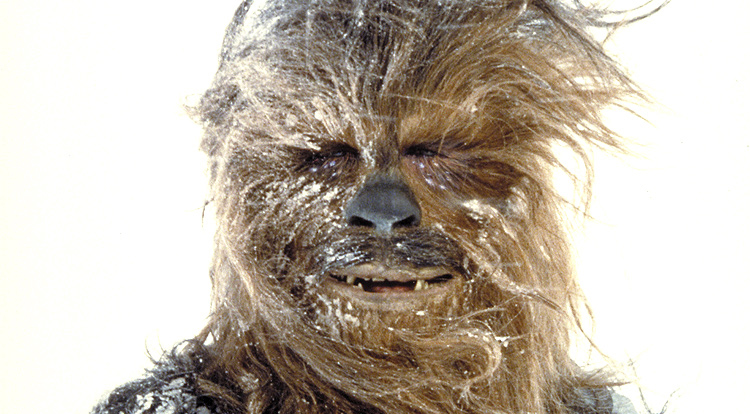 More news about Star Wars: Episode VII slowly starts to come out and the latest bit is that Chewbacca will be in the film and will be played by the original actor Peter Mayhew.

The Hollywood Reporter was told by sources that Mayhew would be reprising his role as the Wookie after rumors were starting to spread that he would be in the film after canceling a convention appearance on May 23-26 “due to filming.”

With this announcement there are currently two characters officially cast in the continuation of the Star Wars saga in the form of R2-D2 and, now, Chewbacca. With the Bob Iger saying that Episode VII takes place 30 years after Return of the Jedi, it wouldn’t surprise me if more smaller characters from the original films are announced, eventually leading towards the announcement of the Luke, Han and Leia being in the film in some form.

Now, I’m not sure when the novel Vector Prime takes place in the Extended Universe, but Chewbacca does die in that book so this could possibly overwrite part of the EU which is sure to cause an uproar among fans. Of course, if you can give me a timeline in which Vector Prime takes place and that Episode VII won’t negate that, I would love to know.

Star Wars: Episode VII is being directed by J.J. Abrams and scheduled to release December 2015.