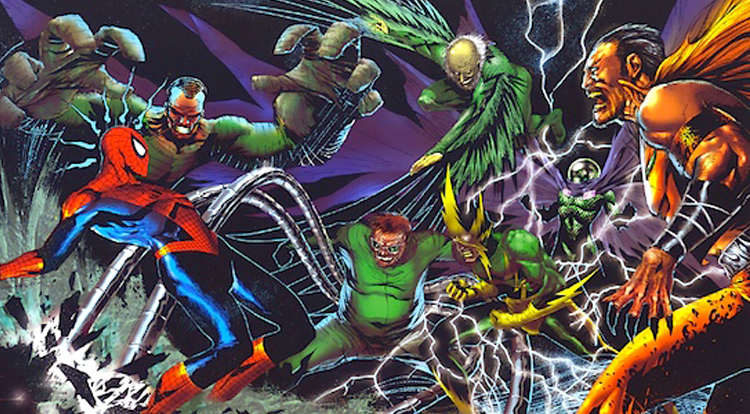 Sony announced last December that they would be creating spin-offs from the current Spider-Man films with Sinister Six and Venom. The Sinister Six film has some development as Drew Goddard is in negotiations to direct.

Even though Amazing Spider-Man 2 releases into theaters in under a month, Sony isn’t content with focusing all of its energy on that one film. Sony is looking to harness the power of the Marvel property they own the movie rights to and turn it in to a multiple movie franchise.

Drew Goddard looks to be a large part of their long term ideas as he is currently in negotiations to direct the first spin-off movie from the franchise with Sinister Six. Previously Goddard had already been connected to the two announced spin-offs as a writer, but his work on Cabin in the Woods must have impressed someone at Sony and is now looking to direct.

It may be sometime before we see Goddard’s work directing though since  The Amazing Spider-Man 3 is slated for a June 10, 2016 release and The Amazing Spider-Man 4 is already scheduled for a May 4, 2018 release. The soonest I would anticipate us seeing a Goddard directed Sinister Six would be between the third and fourth installments for a 2017 release, otherwise it might not be until 2019. Of course, that is unless Sony takes to the “release two movies a year” idea, which might be problematic for the company considering they only have rights to the Spider-Man characters.

Are you excited for a Sinister Six film? Do you think audiences are ready for a villain centric superhero film? Give your thoughts in the comments below.