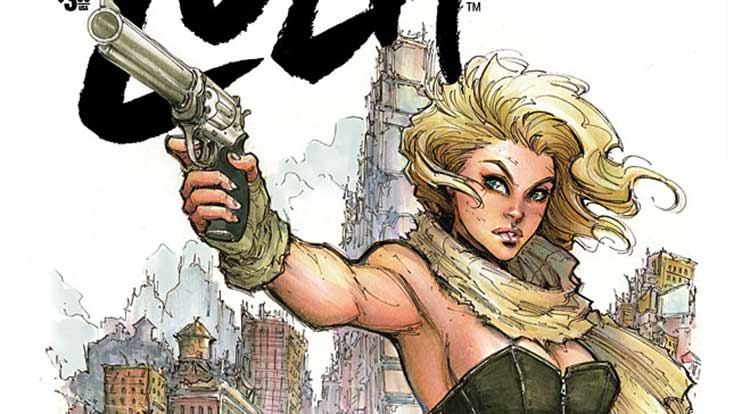 Next week, Lola XOXO #1 arrives from Aspen Comics. The publisher sent us a sneak peek of the first issue, just for you.

In the ³Wasteland², Lola, a young woman with a resolve fortified by a
lifetime of survival on her own, must journey across the nuclear-decimated
United States in order to find the family that was taken from her! As her
quest for the truth begins, Lola uncovers the true inhumanity of the
Apocalypse, as those who seek to hold power in a new frontier, will do so at
all bloody costs‹including her life!

Aspen is proud to bring you artist Siya Oum¹s highly anticipated new series!
Sure to be one of 2014¹s most exciting debuts, LOLA XOXO is ready to take
you on an incredible adventure unlike any other!