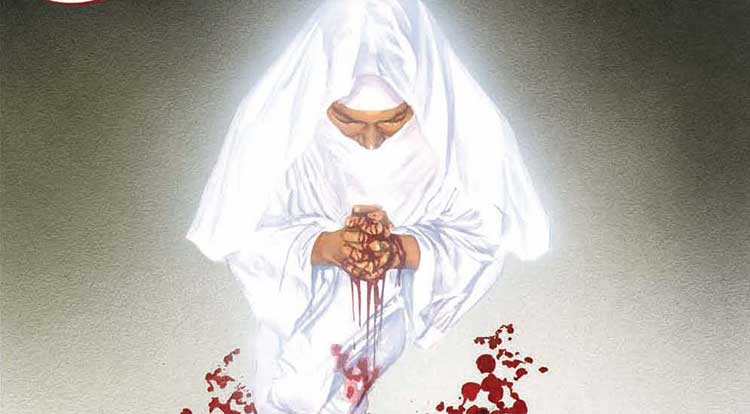 SNEAK PEEK: The Shadow Vol. 3: The Light of the World trade paperback

Here’s a sneak peek of The Shadow Vol. 3: The Light of the World trade paperback that arrives in stores this week.

THE SHADOW VOL. 3: THE LIGHT OF THE WORLD TPB
Chris Roberson (w)
Giovanni Timpano (a)
Alex Ross (c)
FC • 168 pages • $19.99 • Teen+
When the Shadow learns of a string of grisly murders that have left the authorities baffled, his investigations quickly reveal that, while the victims are guilty of no crimes, each of them in some way was overly given to some vice or other. One drank too much, another gambled, yet another kept a string of mistresses. And while it appears that the killings are the work of a serial murderer, the Shadow believes that there is a method to the killer’s madness. At the same time, there are scattered reports of a mysterious figure seen haunting the city by night, often seen at or near the scene of the violent murders. The popular press has a field day reporting on the “Lady Phantom,” recounting outlandish eyewitness reports from superstitious onlookers, many of whom are convinced that the figure is the ghost of a woman. Ultimately, the Shadow’s investigations bring him face-to-face with the killer and the woman in white, who turn out to be one in the same. With the lower half of her face obscured by a mask, and dressed in a cloak that reflects back even the faintest light with almost blinding intensity, she is “The Light,” a woman possessing matchless martial ability and strange mystical powers, which she uses in a one-woman war on the unrighteous… including the Shadow himself.
COLLECTION FEATURES
This volme collects issues 13-18 of the hit series by CHRIS ROBERSON and GIOVANNI TIMPANO, as well as a complete cover gallery by ALEX ROSS, FRANCESCO FRANCAVILLA, TIM BRADSTREET, PAOLO RIVERA, and JASON SHAWN ALEXANDER!