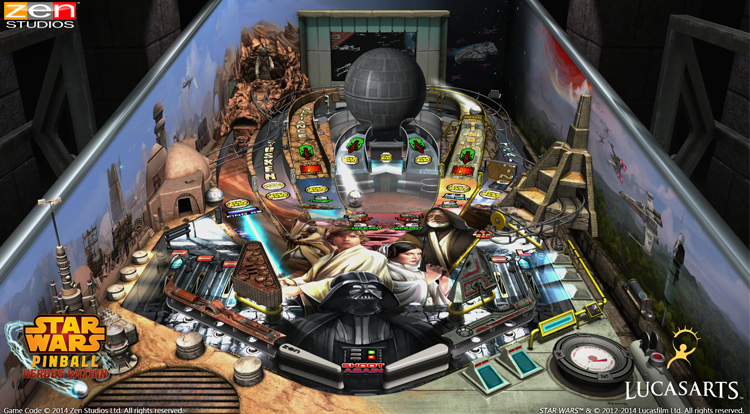 Zen Studios has been releasing Star Wars themed pinball machines and have just released a video and images detailing the final four digital machines they have developed.

Star Wars Pinball: Heroes Within is now available on digital stores!You can’t get away from Han Solo’s most memorable one liners in this table, we’ve managed…