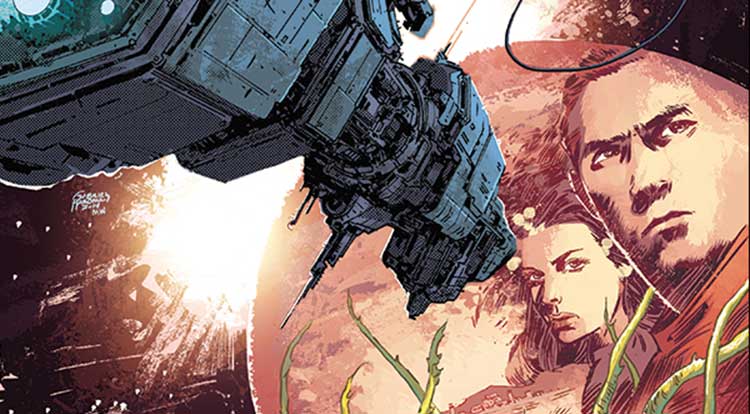 Dark Horse announces Deep Gravity, a new four-part miniseries from the minds of Mike Richardson and the creative team of Gabriel Hardman and Corinna Bechko (Star Wars: Legacy, Planet of the Apes).

A planet similar to ours, yet utterly alien, it circles a red dwarf just three years from Earth. Maelstrom Science and Technology Corp. has the lone contract to mine the planet’s resources. But what once was a scientific expedition has become a beast of profit . . . with no room for failure. Deep Gravity will keep readers coming back for more!