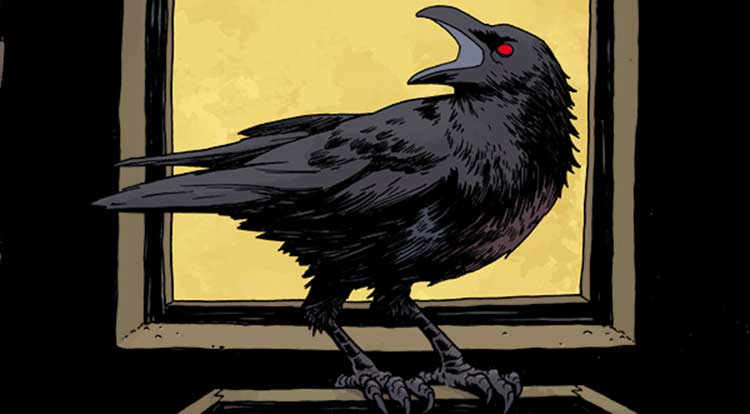 In his newest adventure, fresh off a showdown in London, Baltimore shelters a woman on the run from a possessed dead man and the witch playing his puppet master.

This three-issue miniseries from writers Mike Mignola and Christopher Golden, with Eisner Award–winning colorist Dave Stewart, will feature the artwork of Peter Bergting (The Portent: Ashes, Domovoi). Writer/artist Bergting has written young adult novels in both Swedish and English, and numerous short stories, reviews, and editorials. He has been published in the US, Sweden, Norway, Spain, France, Germany, Denmark, and Italy.

Praise for Peter Bergting and Baltimore:

“How have I not heard of Peter Bergting up until now?”—Comics Bulletin

“Peter Bergting [is]a Swedish comic artist with an impressive pedigree. He has illustrated various Swedish-language translations of such fantasy classics as The Lord of the Rings and Harry Potter.”—Culture Mass

“It still takes something special to impose a unifying vision, and Mike Mignola and Christopher Golden have got it.”—The Wall Street Journal

“One of the most energetic and inventive new horror comics.”—Joe Hill (Locke & Key)\ Baltimore: The Witch of Harju #1 is on sale in comic shops July 30. Preorder your copy today!