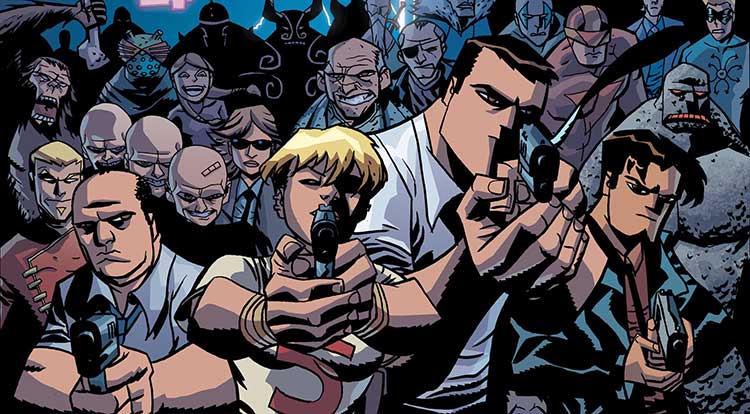 When FX passed on the Powers series, it looked like we would never get to see a live action adaptation of ‘Who Killed Retro Girl?’ but thanks to Sony’s vast distribution outlets, Brian Michael Bendis and Michael Avon Oeming’s series is going to get a life online.

According to Variety, Sony Entertainment is set to release the series on the Playstation Network.  Sony Pictures Television will produce 10 episodes, and says it will invest more in the production of the television series if it goes well on the online network.

“Powers” will be produced by Bendis, Oeming and Michael Dinner, while Huston and “Falling Skies’” Remi Aubuchon with serve as executive producers with Circle of Confusion’s David Engel, David Alpert and Lawrence Mattis.

For fans of the series, this is great news!  On the other hand, I don’t think this news will push people to buying the PS4 for just the series. After initial launch, Sony will need to look for other outlets like Netflix, that has a larger footprint on many other devices.