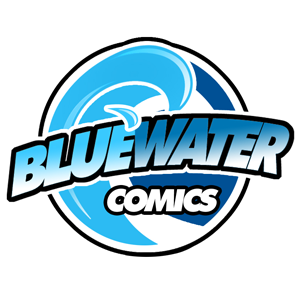 In a move to expand comic book readership to the underserved Spanish language markets, Bluewater Productions teamed up with Ave Fenix Editorial to develop a variety of current and past releases in Spanish. This week the first releases in the partnership, Fame: Jennifer Lawrence is scheduled for this week. The popular fiction title Dorian Gray will hit stands later this month.

Ave Fenix Editorial is currently translating and re-distributing some of the extensive Bluewater library for both US and worldwide markets.

“This not only opens a whole new world to us marketing-wise, but I hope I am not too presumptuous to believe that this make it easier for kids and others to read,” said Darren G. Davis, President of Bluewater Productions. “Growing up, I was a very reluctant reader. We hope this can reach people in similar situations that may be more apt to read when provided a comic book in their primary language.”

According to Davis, the need actualized when his niece, a first year 6th grade teacher, told him of several at risk students who were having difficulties reading because they were not yet proficient in English. Coincidentally, a few weeks later he was contacted by Fenix and jumped at the opportunity.

Upcoming titles in the partnership include: Female Force: Madonna, Fame: Adele, Fame: One Direction, Fame: Demi Lovato, JRR Tolkien – The True Lord of the Rings, Siegel & Shuster: the creators of Superman, and and Wrath of the Titans.

Bluewater’s biography series has been embraced by the media and featured on several television news outlets including The Today Show and on CNN. The series has also been featured in many publications such as The LA Times, MTV.com, Time Magazine, and People Magazine. Future titles will feature David Bowie, The Queen of England, Helen Gurley Brown, and Mary Pickford.

Bluewater still distributes print books through COMIC FLEA MARKET and can be ordered through wholesale for comic book shops: comicfleamarket.com

The Ave Fenix Editorial is an up and coming Spanish comic and manga publishing company and agency.  Founded in the summer of 2013 in Alicante, Ave Fenix has already published many original and exclusive comics and manga books in English and Spanish, as well as being the official publishers of Bluewater Productions comics in the Spanish language.

Bluewater aims to unite cutting-edge art and engaging stories produced by its stable of the publishing industry’s top artists and writer.