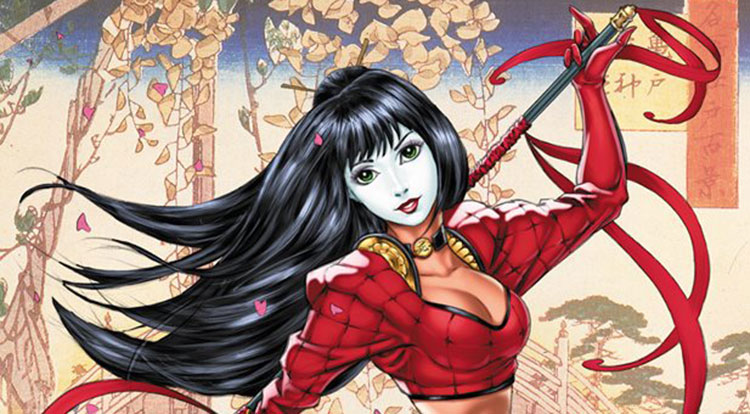 March 1994 saw the debut of Billy Tucci’s modern-day samurai fable, “Shi”, when “The Way of the Warrior” #1” first hit the comic shelves and created an unlikely self-publishing smash hit that still resonates to this day. Illustrated by Tucci, co-written with Peter Gutierrez, and colored by Barry Orkin, “Way of the Warrior” transcended independent publishing with a unique melding of Japanese mythology, history, and action not seen before in comics and inspired a host of imitators.

“All of our London exclusives have sold out and now we’re planning more extremely limited books and prints exclusive to the conventions I’m attending this year.” Tucci noted, “And I can’t think of a better way to kick off our Shi 20th Anniversary Celebration Tour than at a show very near and dear to my heart, MegaCon!”

The tour’s American leg begins this weekend in Orlando with the exclusive the “Shi – Way of the Warrior #1 MegaCon 20th Anniversary Edition” book and lithograph. Both are limited to only 25 editions with each signed and numbered by Billy Tucci.
MegaCon will also see the American debut of the “The Shi – Way of the Warrior #1 20th Anniversary Sketch Cover Edition” and all-new exclusive Shi lithographs.

Tucci concluded, “I cannot believe it’s been twenty wonderful years since Shi’s debut on the world stage and the original MegaCon Tampa show in 1994 was my first comic convention so this is going to be a great homecoming.”