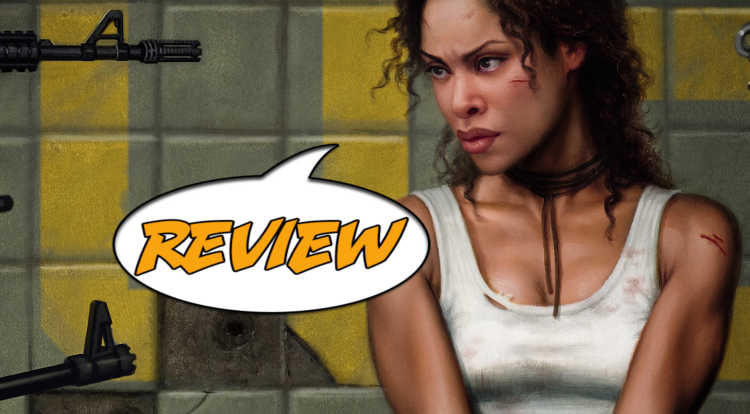 Serenity: Leaves on the Wind #2 Review

After getting Zoe safely to a medical center Simon, Mal and the rest of Serenity’s crew, including her infant daughter Emma, are forced to flee an influx of Alliance troops. The reemergence of Jayne along with Bea and her “New Resistance” complicates things and leaves Mal blind to the fact that they’ve picked up another unwanted passenger.

NOT SO SHINY IN THE ‘VERSE

Serenity: Leaves on the Wind #2 opens with a peek at Early and the Alliance, a peek at Jayne aboard Bea’s vessel hurtling unsuccessfully through the black and a JUST IN TIME moment! Mal and Simon rush Zoe aboard a medical facility and the doctor promptly informs them that Zoe can be saved, but it will take her about five days to recover and she must be operated on immediately. Of course, nothing in the lives of Serenity and her crew comes easily and the Alliance troops are hot on the heels of this family of fugitives forcing Mal and Simon to flee back to their own ship. It is begrudgingly – and only as Zoe’s behest – that Mal leaves her side.

The crew takes refuge in a spatial dumping ground with Emma’s care falling primarily to Simon and Kaylee and Mal drinking himself into misery. Hardly a pretty picture. River suggests they mine whatever secrets may still lay dormant inside her traumatized brain by putting her in a medically induced coma and offer those up to the Alliance in order to get Zoe back onboard. Ever the doctor and the wary big brother, Simon is immediately against the idea, but cautiously agrees for lack of a better plan. Just as River goes under the Firefly equivalent of RED ALERT sounds and a strange ship has docked. The representatives are revealed to be Jayne and Bea. Mal makes it clear from the very beginning that he has no intention of taking any part in the burgeoning revolution and orders the two off his ship.

Just outside the ship we see assassin Early detach himself, remora-like, and hops over to the hull of Serenity. In his wake he leaves all of Bea’s crew dead and renders her and Jayne’s ability to leave moot. An explosion follows soon after and this ragtag bunch of Browncoats are forced together for the foreseeable future.

Back aboard the space hospital Zoe is visited by Rodgers, a high-ranking Alliance official, and threatened with life aboard a penal colony doomed to obscurity for the rest of her life. Everyone yet safely aboard Serenity sleeps soundly as Early makes his way through the corridors to discover the comatose River in the issue’s final pages.

In Serenity: Leaves on the Wind #2 Zack Whedon does a good job of matching the voices to the characters invented by his brother and at incorporating characters, organizations and themes from the tv/film mythos that long-time fans will recognize. Everybody sounds the way they should and no character acts in a dishonest fashion. However, I fear that Leaves on the Wind is destined to be a difficult storyline to pick up off the rack, although it has been a fun ride so far, having gone in with prior knowledge of the space cowboy universe that is Firefly.

COLOURS OF THE WIND

Georges Jeanty, Karl Story and Laura Martin work together in a wonderful way. They present the world of Serenity: Leaves on the Wind in (to use the phrase again), a familiar way to fans of the tv/film series. Their work flows together cohesively in a way that would almost make you suppose the job of pencils/inks/colours had been undertaken by a single person. The stand out of the issue is Jeanty’s pencils – his linework and character designs are so crisp and clean that they appear recognizable and fully formed without  being too obviously photo referenced – as can be a trap in adaptive comics.

The scenes out in space feel vast and real whereas everything inside Serenity’s hull feels cramped and too close together. The contrasts between these two settings is a character in and of itself that seems to affect the interactions of the characters within them.

Everything about Serenity: Leaves on the Wind #2 is dynamic and adds to the overall story, nothing feels frivolous.

If you like Whedon tales and are a fan of the Firefly universe Serenity: Leaves on the Wind #2 is a great comic book issue. It picks up with the logical chain of events following the film Serenity and executes the story with a familiar narrative structure. If you are unfamiliar with this particular fandom, however, I would not recommend this issue as a hopping on point, but something to come back and revisit at a later date.