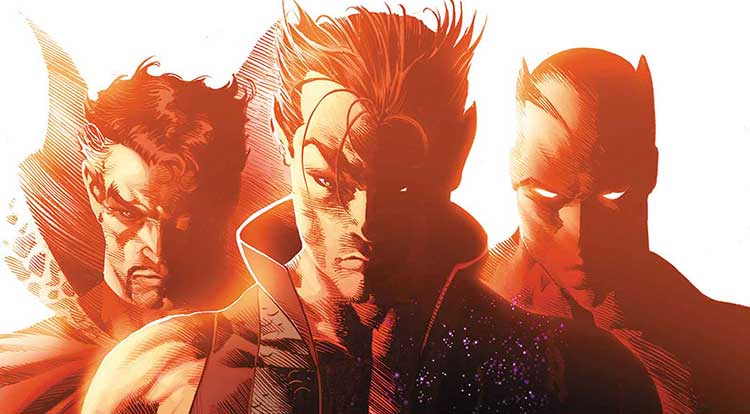 NEW AVENGERS #16.NOW (JAN140636)
Written by JONATHAN HICKMAN
Art by RAGS MORALES
Cover by MIKE DEODATO
Variant Cover by RAGS MORALES (JAN140637)
No more bloodshed. The proud Black Panther and the arrogant Namor have sued for peace. To save their nations of Wakanda and Atlantis they must set aside their differences. As members of the Illuminati, a secret collective of the Marvel Universe’s most powerful heroes, they must work together in secret to stop the extinction of their entire universe! But their amends may be too little too late. Their universe is unravelling – and everyone pays the price for their sins. There’s no turning back for the Illuminati after this issue!