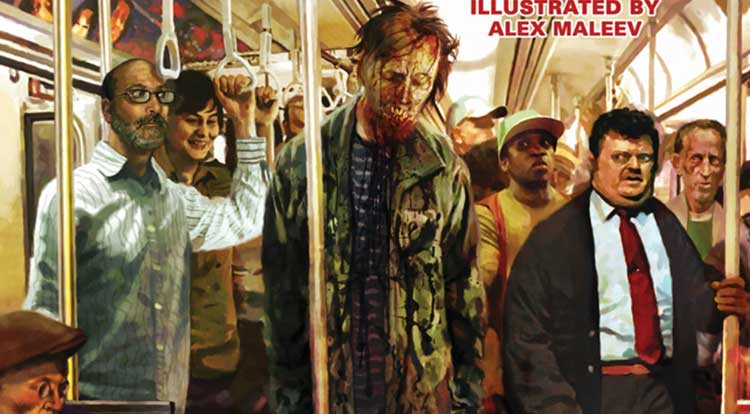 It’s zombies vs. vampires in Empire of the Dead #3

As if zombies weren’t bad enough, now vampires are on the scene.  Marvel released a sneak peek of George Romero’s Empire of the Dead #3.

GEORGE ROMERO EMPIRE OF THE DEAD 3 (JAN140746)
Written by GEORGE ROMERO
Art & Cover by ALEX MALEEV
NYC Variant by ARTHUR SUYDAM (JAN140747)
Zombies roam the streets of a plague-ridden Manhattan by day. And Vampires feast on humans by night! Something is rotten in the big apple. Someone moves to strike against the mayor from the shadows. Who is the firecracker known as Dixie Peach? And as whispers of a full-scale zombie uprising stir – where does that leave the last remaining humans?