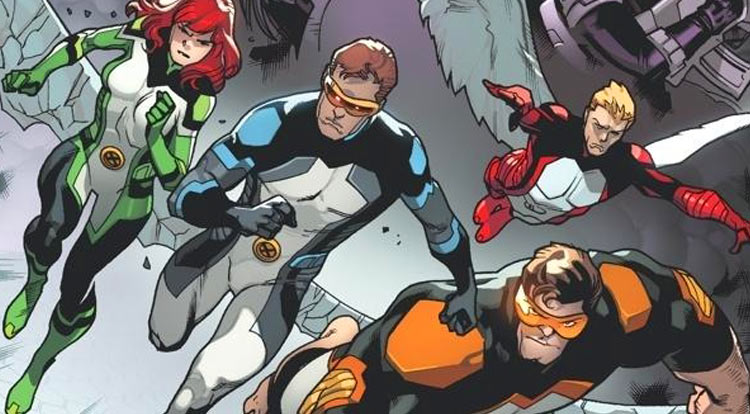 When Will the All-New X-Men Return Home?

Have the All-New X-Men overstayed their welcome? When will the time displaced original team of mutants finally return to their own time?

Last week Marvel Comics announced an all new ongoing series starting in May that will star the time displaced Cyclops galavanting around the universe with his newly resurrected father. Written by Greg Rucka, this series does sound like an interesting read, but it further illustrates a potential problem for the Marvel Now X-Men Universe. How much longer can the All-New X-Men remain in present day?

When the All-New X-Men series was announced, I was very against it. Bringing the original X-Men to present day seemed like a leftover plot line from Star Trek. However, Brian Michael Bendis proved me wrong. His strong characterization on the book won me over, and it was fascinated to see just how far Lee and Kirby’s characters had grown since the 1960s. These characters seems to fill a hole in the current Marvel universe. Reminding us of a time when comics were more fun and innocent; something most books these days aren’t.

BATTLE OF THE ATOM DID WHAT NOW?

Then Bendis introduced Battle of the Atom. The big ten part crossover between all the teams of the X-Men. We had Wolverine’s team, Cyclops’s team, Kitty Pryde’s team, bad future X-Men, and good future X-Men: there were a lot of X-Men teams in this crossover. The essential crux of the crossover was to return the original team back to their own timeline. Primarily, so they couldn’t make the space time continuum break anymore than it had. (See Bendis’s Age of Ultron storyline to see where he broke it the first time. He sure likes to make the space/time continuum a mess.)

Of course, the original team didn’t return to their own time! They joined the Uncanny X-Men; the very team they were brought from the past to rebel against!

So now we have the Trial of Jean Grey and an ongoing Cyclops series, that feature the All-New X-Men heavily. This team’s return ticket home doesn’t look like it’s anytime soon.

I understand the reason for keeping them around. (SALES!) Although, one has to question whether this team has purpose in the present day anymore.

Beast brought them from the past to convince older Scott Summers the wrong of his ways. Basically to give him a proverbial slap on the wrist in the hopes that it would wake him up to his wrongdoings.  Of course, this didn’t work. Some could also make the argument that Beast brought himself from the past because he knew that only his younger self could cure his mutation, which his younger self did. So they have fulfilled one purpose and failed the other.

SHOULD THE ALL NEW X-MEN STAY IN THE PRESENT?

My vote is no. I’ve loved the series so far; in fact, I’ve been quite surprised by how much I have liked it. It was a fun little diversion and change to the overall X-Men landscape. It let us view the characters through a new lense. Let us see these character fresh, and let us learn that ideals never change, people do.

All-New X-Men has been a great series, but as a concept, I hope there is a conclusion soon. I would prefer this to be a short series that I remember fondly for its complete and fun story, and not one I scoff at for jumping the shark. All roads lead home, and the All-New X-Men’s path is back in the 1960s.
(Of course, I could also tell you my theory for what happens when they return home. How Brian Michael Bendis will use it to soft reboot the X-men line, and resurrect a dead X-Men hero. But I think I will leave that for another post. What do you think? Should the All New X-men stay or go?)