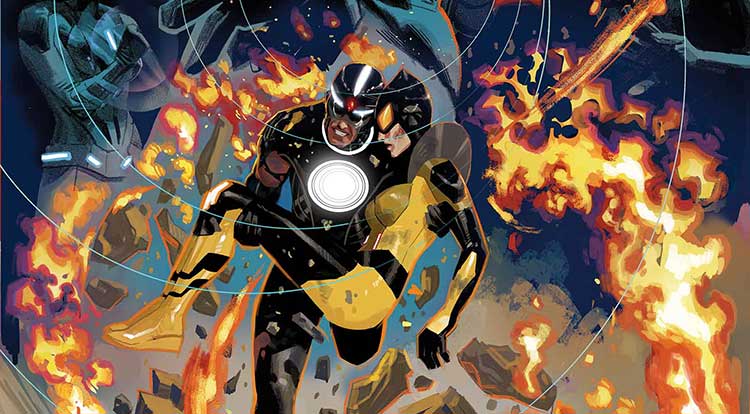 Marvel released a sneak peek at Uncanny Avengers 18.NOW! that you can check out, after the jump.

Janet Van Dyne, the Wasp, stands alone as the last remaining human being alive. Now, she fights for her life against Magneto and his All-New X-Force! Magneto’s dream of mutant superiority almost in his grasp – he’ll stop at nothing to exterminate the last of humanity once and for all! But they’ll have to get through the Wasp’s husband Havok first! And the leader of the Uncanny Avengers won’t go down that easily!