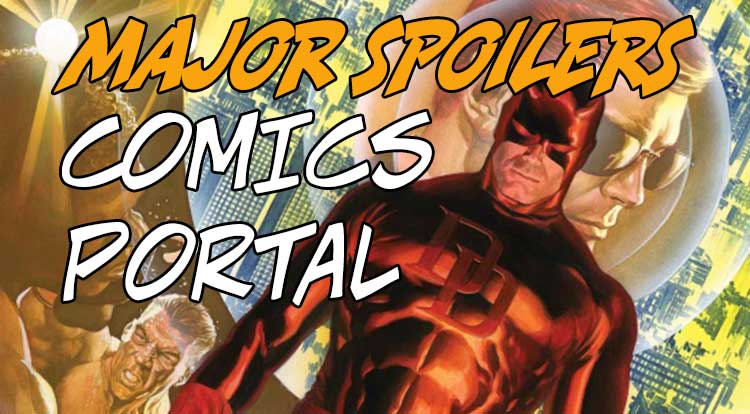 If a comics company wants to get the attention of comics readers and collectors, there’s one sure way to do it … issue a number one!

For example, Marvel has announced that at least two number one issues are on the way soon from them … Captain Marvel #1 and Daredevil #1.

Some of my friends just wretch every time a first issue comes out. They’re mainly big collectors, and that means they have to shift their comics boxes around to reflect the new realities. And they HATE that!

Still, you can ask any comics marketer, and you’ll get the same reason why this is done … it works!

The biggest example from recent years took place when DC relaunched nearly everything they were producing in the New 52.

Lines formed at stores before the doors even opened, with people buying bags and boards to immediately store their never-opened comics so they could be sold for a better price sometime down the road.

I’m not that big of a collector, but I bought every single issue (including the number ones) ever since the New 52 arrived. When I had money, I even picked up that massive hardcover of all the first issues. Oh, and I still haven’t opened up that monster yet!

Of course, the fervor died down when the numbering got to about issues 5 or 6, and when several new titles came out about a year or more after that initial burst, the enthusiasm wasn’t at quite the same level. But they still sold very well.

Of course, Marvel’s not stupid. When they saw DC’s success, they came up with their own version – Marvel NOW (even though they’d deny it was in response to the New 52)!

A whole bevy of new number one’s hit the stands from the House of Ideas, and many of them sold extremely well. Some continue to make a lot of money for local comics shops, such as All-New X-Men, for example.

We’ll see exactly how this “event” goes. Given that there are still a lot of Marvelus Maxiumus fans out there, I’m sure things will continue to sell well.

WHY MAKE A NEW NUMBER ONE? When Daredevil comes back next month, several of the same creators will be working on the book as the series that just concluded. I’m always there for Mark Waid especially, but Chris Samnee’s art has fit Waid’s scripts very well, so I’m happy that’s continuing.

Still, some of the comics fans I know have been puzzling over why you keep pretty much the same creative team on a book when you’re renumbering. Well, this tactic works because, as I mentioned previously, it gains attention.

Let’s say that after two years of Daredevil, the sales numbers aren’t quite as good as they were at the start. The company believes in the product, but they need to get those who have wandered away to come back to buying it again on a monthly basis.

One thing you can do is change locations, just like Matt and Foggy are doing by moving to San Francisco. Daredevil is best known for being around New York, so that’s quite a shift in the status quo. And every significant change like this, no matter how temporary, gets fans chatting about it.

You can also renumber the book. I can’t tell you how many online collectors have said just how many copies of Daredevil #1 they’re planning to buy. Let’s just say it’s a LOT.

Of course, there’s also a downside to this. Every jumping on point is also a great place to jump off a book. If you were hanging on to a book by a thread, you can see this as a place to save that $2.99 or try another comic. After all, we’ve seen what these folks can do for a while. Some fans want to try something new instead of continuing on.

The trick is to get as many or more fans back on the book than those who decide it’s time to leave. Marvel’s done pretty well in this department, so I’m sure they’re not concerned.

WHY I GET BOTHERED BY NUMBER ONE ISSUES

There are a couple of things that happen that drive me to distraction when it comes to book numberings.

First, when a company reboots the numbering and a significant number is coming that might sell more books (Example: #600 instead of #14), certain folks desert the new numbering and go back to the previous sequencing. I know so many store owners who despise this practice. I don’t like it either because if someone doesn’t get to come into a store for a month or two and want to catch up on the book, instead of a number he or she recognizes, you get some number far ahead of what they expect. Now, a good store employee will let the customer know what’s taken place, but I’ve seen a lot of collectors just bail on the title when this happens.

Second, I never like #0 issues. If it’s a real number zero, shouldn’t there be no comic at all? I can see collecting previous stories into a number zero when it happens next to a number one, but so many fans I know simply pass on zero issues. And I don’t blame them.

I know both DC and Marvel do this, but I also can’t stand the “point one” etc. issues. Can’t you just number it as the next issue in the series? ARRGH!

Also, some folks never buy beyond a number one issue, so they never read the book. Isn’t that what comics are supposed to be about? Suppose a couple of years from now, you actually open the comic and find nothing but blank pages in there. I don’t think it’ll be worth the same as if it were one with the story in it!

For all you Daredevil and Capt. Marvel fans out there, get ready to reorganize your comics boxes! I hope you’ll enjoy these new launches and that these renumberings will prove worth it!