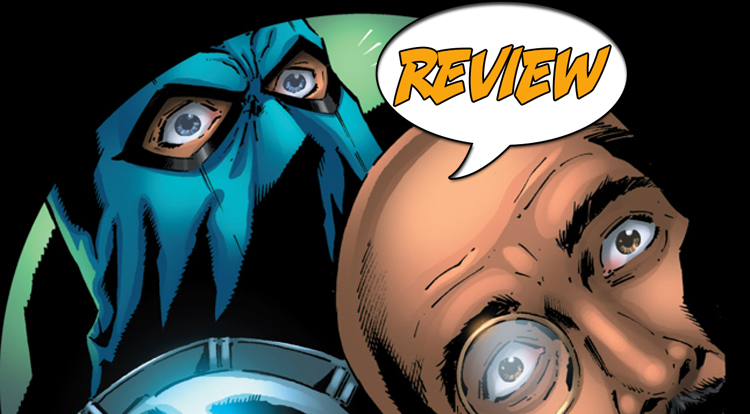 Back in 1982, Larry Hama brought the world the adventures of G.I. Joe, America’s daring, highly trained special mission force. It’s purpose: to defend human freedom against Cobra, a ruthless, terrorist organization determined to rule the world.  Nearly 30 years later, IDW Publishing has revived that original G.I. Joe series, continuing to tell tales in that continuity with the original creator on board.  But what madness awaits as the team approaches their TWO HUNDREDTH issue?  Your Major Spoilers review of G.I. Joe #199 awaits! Previously in G.I. Joe – A Real American Hero:  If you’ve only seen the movie…  Well, I’m sorry about that.  Back in the ’80s, G.I. Joe was the bees knees, running 155 issues under Marvel Comics before getting shut down at the dawn of the scary 90s.  IDW has picked up that continuity where it left off, and things are not going well for G.I. Joe.  Cobra Commander has captured the Joe’s own base, The Pit, and with Doctor Mindbender at his side, he is preparing to take over the place.  At the same time, a force of Joes has been trying to put down a rebellion in the jungle country of Sierra Gordo (site of the team’s very first mission, it should be noted) only to find themselves outnumbered by the rebels backers: Cobra Battle Android Troopers programmed with the fighting skills of the Blue Ninja clan.  Fortunately for the Joes, several of their own are still at large within the tunnels and air vents of The Pit, including Snake-Eyes and Scarlett, and they plan to use their home turf advantage to the utmost, while Duke and an extraction team is headed for the jungle to find their lost squad-mates.  Can G.I. Joe pull it together in time?

Back in the early 80s, my cousin Elwood and I were G.I. Joe fanatics, buying the toys, watching the cartoon, reading the comics and generally being pre-teens, so I have a soft spot for Hama’s work on the old G.I. Joe book, and even read this one for a few months when IDW brought it back.  I had dropped out of the “Real American Hero” book a few months ago, but when this issue promised Snake-Eyes possibly beating up Cobra Commander, I thought I might need to check it out.  The issue starts with a trio of Cobra flunkies in hiding, all panicked at the way their numbers have been dwindling since they occupied The Pit.  They dump their uniforms and make a run for it, deserting the Cobra cause, as we cut to Doctor Mindbender explaining to Cobra Commander that they’re in the midst of a serious crisis.  Men have gone missing, gotten injured, and a shocking number ditching Cobra’s cause entirely, all because of their current operation to try to take over G.I. Joe headquarters.  While they’re talking, though, a Televiper IN THE SAME ROOM is snatched away unseen, leading us to discover a group of Joes hiding in the tunnels, led by Snake-Eyes and Scarlett, who have been capturing Cobra soldiers one at a time.  It’s a pretty funny moment, made even more so when it’s revealed that team computer expert Mainframe has been using the systems to spook the enemy forces into deserting, and that the Televiper’s helmet will allow him to hack into COBRA’S computers as well.  I have always enjoyed Larry Hama’s plotting, and his dialogue is interesting in a somewhat stilted way, but this issue outdoes itself, with everyone engaging in entertaining bits and pieces of dialogue throughout.

Back in the jungles of Sierra Gordo, Stalker’s team has to figure out how to deal with a battalion of androids ready to kill them, and decides to use guerilla tactics to take them down.  The characters each get a few lines (or, in the case of team sniper Low-Light, a couple of Batman-style sneaking out of the darks) to let you know what their deal is, and even Bazooka gets in a smart tactical bit.  With loads and loads of characters on display, though, it’s easy to imagine a new reader being overwhelmed by all that’s going on, but Hama follows the comic book rule of having characters address one another by code-name during their first appearance, which makes some of the word balloons a bit clunky to read.  Still, it’s nothing fatal to the story, and when both team of Joes begin to rally against their foes, it’s a very exhilarating moment.  Even Grunt, one of the original 13 Joes, who has long since retired from military life, appears as a civilian, offering the team a bit of support and an aircraft to get them back home to fight for their base.  Visually, the issue is pretty delightful as well, with SL Gallant delivering art that makes every character clear and distinct, gives dynamic (and unusually realistic combat sequences) and makes the machines and aircraft that make this book tick look great.  All in all, the issue builds to a crescendo where Duke prepares to lead his men home for a decisive battle, leaving us ready for the 200th issue special next time ’round.

THE BOTTOM LINE: OLD-SCHOOL IN ALL THE RIGHT WAYS

The problem with writing a G.I. Joe comic book comes in the difference between superhero and solider, something that plagues IDW’s G.I. Joe monthly on occasion, but that Hama overcomes with authentic jargon, appropriate chain of command and authentic tactical decisions by the Joes, with characters getting injured or taken out of action in ways that superhero books could not get away with.  With so many characters, this issue could have been a mess, but Larry Hama expertly puts it all together into a story that even overcame the problems I might have had in missing a few issues before jumping back in.  G.I. Joe: A Real American Hero #199 sticks the landing, giving us old favorites with a new twist, and looks as good as any modern book while staying delightfully old-school, earning a solid 4 out of 5 stars overall.  I’ll be back for at least next issue’s anniversary, and hopefully even further.  Yo Joe!