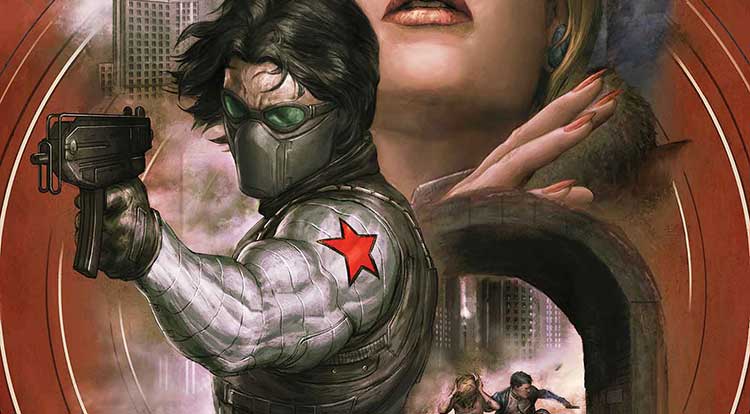 Take a sneak peek at Winter Soldier: The Bitter March #2

Marvel released a sneak peek of Winter Soldier: The Bitter March #2 that you can check out.

WINTER SOLDIER: THE BITTER MARCH #2 (JAN140735)
Written by RICK REMENDER
Art by ROLAND BOSCHI
Cover by ANDREW ROBINSON
Variant Cover by AGUSTIN ALESSIO (JAN140736)
S.H.I.E.L.D. Agent Ran Shen is responsible for escorting two of the most important scientists on the planet back to the United States. Too bad, the only thing in his way is the Winter Solider – the Soviet Union’s deadliest operative! And he’ll stop at nothing to make sure the two scientists don’t fall into the wrong hands – even if it means killing them! But first he’ll have to fight his way through an elite Hydra squad led by Chancellor Cassandra and Madam Worm.