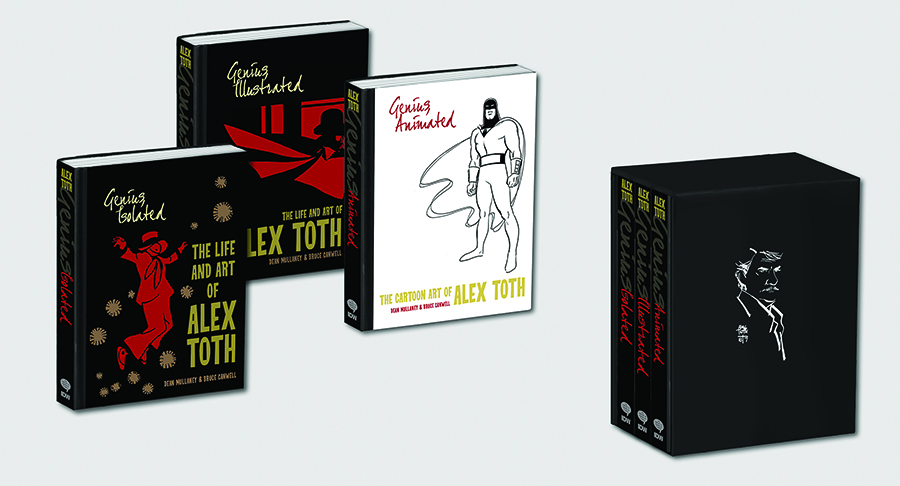 Celebrating the life and art of the legendary comics creator Alex Toth, The Library of American Comics and IDW will release the third volume in the Genius series, Genius, Animated this April. Delving deep into the contributions Toth made to the animation industry, this volume by Dean Mullaney and Bruce Canwell joins Genius, Isolated, and Genius, Illustrated as an essential look at the influential artist.

“Alex combined his mastery of comic book artistry with his innate quest to experiment and try new things, and he distilled that combination into a complete language of adventure storytelling for TV animation,” says Bruce Canwell, “Genius, Animated gives readers a ‘behind the scenes’ look, with lots of previously-unreleased artwork and commentary by experts in the animation field.”

Featuring never-before-seen work from Toth, Genius, Animated unearths a trove of lost treasures from the Hanna-Barbera archives. From character designs to storyboards, Toth helped shape favorites like Space Ghost, Shazzan, and Super Friends. This oversized extensive look at his legacy is accompanied by commentary from Toth himself as well as insights and observations from professionals throughout the animation industry.

“You can’t overstate Alex Toth’s influence on animation,” says Dean Mullaney. “This book will stand as the definitive statement on his animation artwork.”