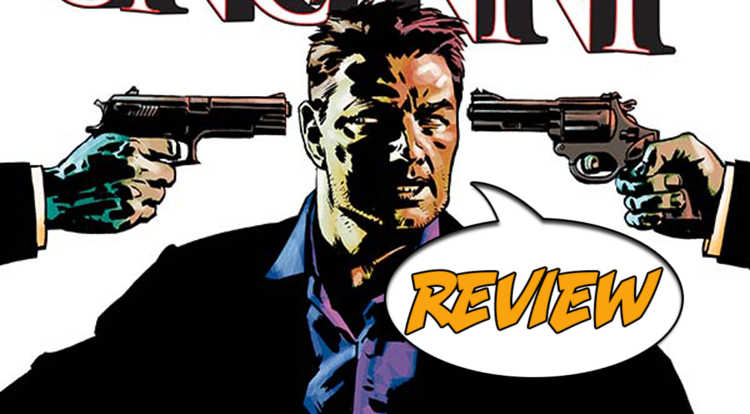 The Season of the Hungry Ghosts storyline wraps up with a raised voice where the storyline came in shouting. Weaver and Ford spend the majority of the issue engaged in an action scene and the questions being answered are the ones nobody was asking. “Brevity is the soul of wit” is a truism and piece of advice Andy Diggle could use in his work with Uncanny. This final issue of the book’s first season is, in essence, a 22 page action sequence that goes like this: Weaver and Ford are broken out of the facility run by Doctor De Santos by their de facto  Styles – as we knew all along would happen. While Ford is happy to beat the snot out of her would-be torturers in a few moves that make women around the world proud, when she finds Weaver he is less than thrilled at the notion of escape. He’s had time to think and appears about as frustrated as the reader with the events unfolding on the page.

Styles (in a move that would embarrass Charles Xavier – to whom he is often compared), heartlessly slaughters any and every human in his path. His actions are certainly dynamic as they splash across the page, however, they hardly serve to improve the standings of the so-called “Specials”. That’s all we really know about them, these “Specials” – they have powers and a silly name.

Two revelations are tossed into this issue: 1. who Style’s brother is and 2. who Weaver’s mother is. Incidentally, they are characters prominent in this issue that the reader has no connection with. Then the story ends and there are no meaningful questions answered.

Andy Diggle is a superb comic book writer, but Uncanny #6 feels like a gross misstep. The entire series started out brilliantly and has ended with a whimper. Of all the things we’ve been wondering none of them are touched upon whereas the bones we are tossed feel like a frivolous afterthought. It is a disappointing capper to Uncanny’s first season and does not inspire following Diggle, or his protagonist Dominic Weaver, into the second.

Aaron Campbell and Bill Crabtree are a great team. Campbell’s sketchy style and cold expressions stand out under the bold colour choices Crabtree splashes across them. Everything inside De Santos’ complex is red with the alert and panic of the employees scuttling about within even as Weaver and Ford make their return to the outside world. Beyond the walls of De Santos’ complex the world is yellow that would seem to call up the cowardice employed by Styles in ruthless murders or the fear displayed openly by each and every one of his victims. (Blue makes a brief appearance for half a page).

Nobody in the pages of Uncany #6 is happy – unsurprisingly – but I rather think that adds to the bleak and often confusing world both Campbell and Diggle present us with. Though this can make it difficult to empathize with characters that are continually stone faced it never feels out of place.

There is almost nothing about the events of Uncanny #6 that inspires further reading – and certainly not following up with the second arch. Although I am loathe to admit it, I think the adventures of pseudo-mutant and oft-conman Dominic Weaver are better left on the rack.